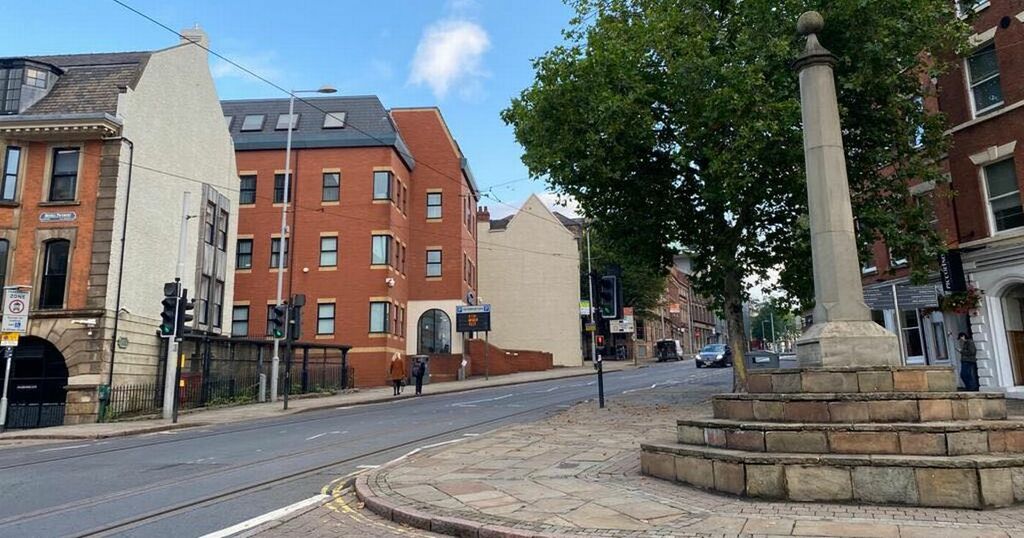 There was shock and sadness following the sudden death of a man in a city centre area.

Emergency services were called to Weekday Cross shortly after 4.30am when a man was found injured in the road, police have confirmed.

The area was cordoned off and trams stopped operating and the incident caused disruption to Nottingham's tram services in the early hours.

The services have resumed shortly after 7am.

Sarah Milton, a healthcare assistant, 23, was waiting for the tram at the Lace Market tram stop and added: “It was clear for me that something big has happened.

“It is very concerning because we are right in the city centre.

“I live around here and it is very worrying that something like this could happen here."

Other people have described the incident as "shocking" and expressed heartfelt condolences.

Data administrator Marcus Young, of Arnold, 28, added: "It is shocking because it happened in the city centre.

A concerned tram user, who asked not to be named, added: "I am deeply saddened by this.

"It is truly shocking and I hope we will not get to hear about incidents like this happening around here again.

"I wondered what happened because one of my friends said he had to take the bus this morning instead.

A police spokesman said: "Emergency services were called to Weekday Cross shortly after 4.30am this morning when a man was found injured in the road.

"He was pronounced dead shortly afterwards.

"Police officers remain at the scene and the road has been closed while investigations continue, however the incident is not being treated as suspicious."

Detective Inspector Mark Shaw, of Nottinghamshire Police, said “We are still in the early stages of our investigation but not believe this incident to be suspicious.

"Anyone with additional information about this incident is asked to call 101 quoting incident 45 of 15 September.”