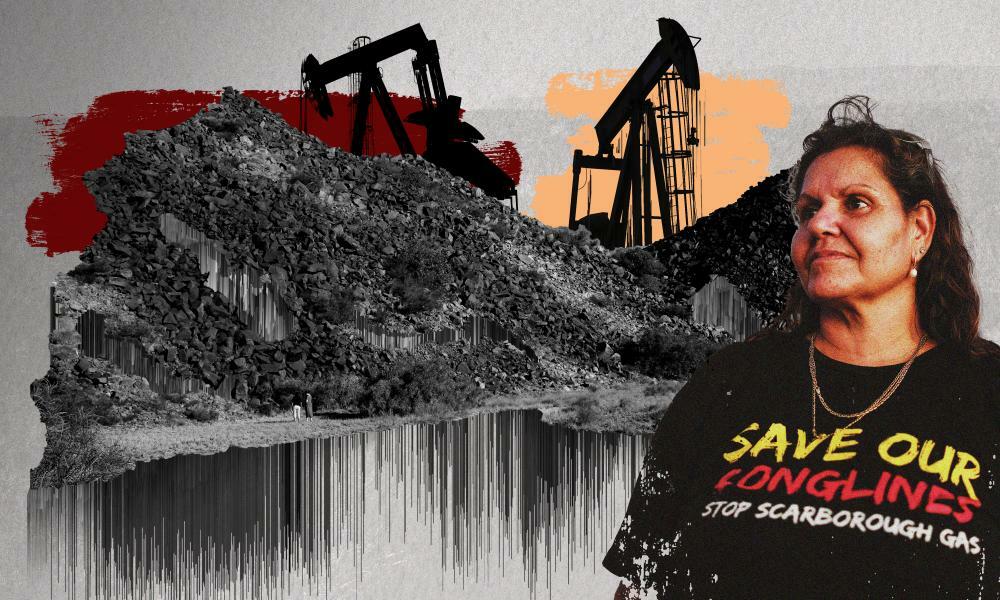 The Guardian - AU
As Australia votes, indigenous people call for debate on rights

The offence should be codified into law by 2023.

Crikey
Paddy Compass Namadbara: for the first time, we can name an artist who created bark paintings in Arnhem Land in the 1910s

The Canberra Times
From analysis to good news, read the world’s best news in one place
A Triple La Niña Is Apparently Coming For Us And Has Anyone Tried Politely Asking Her To Stop?

Thirty years after the landmark Mabo decision relegated terra nullius to legal fiction, a number of Indigenous Queenslanders say the resulting native title laws can be used to “box tick” approvals for the destruction of sacred sites.

The concerns relate to how developers, miners and government departments seek to obtain the approval of traditional owners for construction and extraction projects on their lands, with criticisms that the system is too reliant on native title claims.

They were contained in submissions to a state government review into the Aboriginal Cultural Heritage Act and are not yet public, but three have been seen by Guardian Australia. They include submissions by parties who dispute the cultural authority of some native title applicants.

The act directs those who would construct highways, dig mines or build housing estates to consult an “Aboriginal party” and, under certain circumstances, enter into a Cultural Heritage Management Plan (CHMP).

In defining an Aboriginal party, the act turns to native title which, as of last July, is recognised over nearly 30% of Queensland territory.

The managing director for the Yumbangku Aboriginal Culture Heritage and Tourism Development Aboriginal Corporation, Suzanne Thompson, argued in a submission that the definition of “Aboriginal party” in the act should be changed.

She said traditional owners “with knowledge and authority” about cultural heritage should be actively engaged “regardless of whether there is already a native title party recognised for that area”.

“Currently, proponents are able to simply tick a box by entering into a CHMP with the Aboriginal party, regardless of whether they are the right people to speak for the area being impacted,” the Indigenous woman from Barcaldine said in her submission.

A lawyer with 25 years’ experience advising and representing Aboriginal groups in native title negotiations, James Fitzgerald, told Guardian Australia that the debate over identifying the correct authority on cultural heritage was playing out across the country.

Fitzgerald said native title was never designed to be an “all-purpose panacea to colonialism” and the high court justices who issued its ruling recognised native title would be of “limited use” in areas of south-east Australia where the effects of colonialism were greatest.

“It’s just been linked up that way by white bureaucrats.”

Wangan and Jagalingou man Adrian Burragubba told the Guardian that native title law had divided Indigenous families and often excluded “the correct cultural people” – those with cultural knowledge and authority – from protecting their cultural heritage.

“Native title is a mechanism that is set up to actually just to get the clearances done,” Burragubba said.

Another submission came from an Indigenous group who say they were excluded from development agreements made upon their lands.

Diane Djaki Widjung has Indigenous ancestry and was adopted into the Sovereign Native Tribes of the Kabi First Nation and given a “lifelong obligation” by elders to protect the Djaki Kundu site near Gympie.

Djaki Widjung said that an Aboriginal person or group who made a native claim to an area were “straight away regarded as the go-to people to engage in contractual agreements” was a “major problem”.

“There are no checks and balances to make sure that the right people are making decisions,” she said.

Another theme of the three submissions was their authors’ desire to have their arguments made public.

“A lot of the reason that legislation is ineffective is because so many things are done behind closed doors,” Djaki Widjung said.

The Cultural Heritage Act review began in May 2019 and the submissions above were made as part of an options paper meant to finalise the review.

A Department of Seniors, Disability Services and Aboriginal and Torres Strait Islander spokesperson said the options paper received more than 400 submissions and survey responses online, over the phone, via email and in hard copy while consultation was open between December 2021 and 31 March.

“The department is in the process of analysing submissions and responses,” the spokesperson said.

“Decisions about publication will be made in due course.”

The Guardian - AU
As Australia votes, indigenous people call for debate on rights

The offence should be codified into law by 2023.

Crikey
Paddy Compass Namadbara: for the first time, we can name an artist who created bark paintings in Arnhem Land in the 1910s