SA's COVID-19 home quarantine trial has been described as 'Orwellian' — but is Big Brother watching? 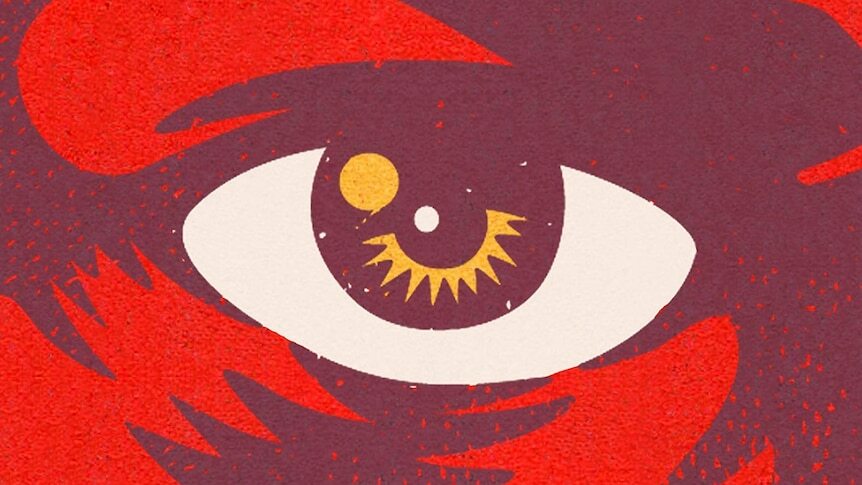 As states consider different ways to quarantine international and interstate travellers, a new approach in South Australia is generating headlines as well as controversy.

Last month, the SA government launched an expansion of the state's quarantine system to allow returning travellers to complete their fortnight in isolation at home, instead of entering medi-hotels, to stop the spread of COVID-19.

The eye-catching element has not been the measure itself, but the method.

While the approach of using facial recognition technology may be novel, it has also been likened to a piece of dystopian fiction.

But does that comparison hold water? Not according to one prominent local civil libertarian.

How does the trial work?

Those taking part in the Home Quarantine SA program are required to download the SA government's home quarantine app, which uses geo-location and facial recognition software to track those in quarantine.

The app contacts people at random, asking them to provide proof of their location within 15 minutes.

If a person cannot successfully verify their location or identity when requested, SA Health will notify SA Police who will conduct an in-person check on the person in quarantine.

The aim of the trial is to reduce reliance on medi-hotels and ease the backlog of people looking to return home from Victoria and New South Wales.

So far, 12 people have completed the pilot — which was launched in August — and 32 are currently taking part.

Deputy Chief Public Health Officer Emily Kirkpatrick said the program was off to a "very successful start", with a "small number of people currently using the technology at home".

"We've had great feedback from people who have completed their quarantine using the app who have told us how easy it was to use, so we're hoping to increase the program over the next couple of weeks," Dr Kirkpatrick said.

A next phase would extend to travellers returning from overseas — and SA Health is currently preparing for that to include dozens of Australian Defence Force (ADF) personnel.

"In mid-September a further 50 people are planned to be included in the trial, when ADF personnel are expected to arrive in South Australia after returning from international deployments," SA Health said.

"SA Health will assess their suitability for the program prior to their arrival in South Australia.

"Participants are selected on a case by case basis, taking into account if they have a suitable place to isolate and have evidence of being fully vaccinated. Those who don't meet the requirements will quarantine at a medi-hotel."

A privacy statement on the SA Government's website says the information collected through the app "is encrypted immediately upon submission then transferred and stored on a secure server".

"The information will be destroyed at the conclusion of COVID-19 pandemic unless required for enforcement purposes for any alleged breach of a direction," it states.

Why is there backlash?

The proposal has divided civil libertarians, and prompted consternation among sections of the international media, including the left-leaning Atlantic magazine in the US.

Its staff writer Conor Friedersdorf invoked George Orwell's totalitarian nightmare Nineteen Eighty-Four — which depicts a world of pervasive surveillance, in which everybody is under the perpetual gaze of Stalin-like dictator Big Brother — to describe SA's approach.

If those using the app fail to comply, he continued, "the local police department will be sent to follow up in person".

Its article goes on to state that the aim is to "track those in quarantine".

The conservative National Review went further, likening the home quarantine trial not only to a "panopticon" — a hypothetical prison in which inmates are all visible from a central vantage point — but to North Korean-style surveillance.

But the critics are not confined to the US, nor to the conservative end of the political spectrum.

University of New South Wales AI researcher Toby Walsh, who has written about the trial, said he found himself "in an interesting predicament".

"There's a broader issue here, which is the growing surveillance by government and by business of us, and whether this will legitimise using facial recognition software in wider settings, and I think it's the thin end of a very dangerous wedge."

Professor Walsh said a similar system in WA was even more "draconian".

"In South Australia, the app gives you 15 minutes to get a response, to get your face recognised," he said.

"In Western Australia, it's going to be a pretty fast scramble — if you're on the toilet or doing something else, you've got just five minutes before you're in trouble."

The SA government's website states that "reasonable security measures" would protect "personal information from loss, unauthorised access, use, modification, disclosure or other misuse".

But Professor Walsh said he had concerns around data storage, despite the government committing to destroying the information after the pandemic.

"This is something we'll live with forever, so it's not a particularly good sunset clause," he said.

"The whole idea seems to be thought out rather too quickly. The app itself could easily be hacked.

"There are less concerns about privacy with an ankle tag, for the good reason that when the ankle tag is cut off, you know you're not being tracked any more."

What do civil libertarians say?

It depends on who you ask.

"We worry about facial recognition and any biometric use of verifying identity because we have no legal provisions in this country to deal with the privacy safeguards around that," she told ABC Radio Sydney earlier this week.

Ms Falstein said her concerns had not been allayed by reassurances from the SA government.

"No-one bothers, that's the trouble. The government just isn't interested in the privacy side. They just race ahead and introduce technology that no-one really can vouch for."

SA Council for Civil Liberties secretary Claire O'Connor said the measure was not necessarily an invasion of privacy, provided it was accompanied by safeguards.

"Our whole society is monitored. You walk through Rundle Mall and you'll find 20 cameras that will record you. We're used to it," she said.

Ms O'Connor said that, in her view, the "benefit that we get" from the trial "outweighs the price that people will be asked to pay".

"What this process enables us to do is [help people] return from overseas when they want to come back to Australia," she said.

"It enables them not to have to quarantine in those single-bed hotels at great expense, where they are being policed completely — cameras in the hallways, cameras on the entrances, police officers in uniform around the hotel."

Ms O'Connor said a crucial difference between the measure as it stands and something more authoritarian, indeed "Orwellian", was freedom of choice.

No-one is being coerced into participating, she said.

"You only go into quarantine if you choose to come back to South Australia."