S.Korea's next president to face a N.Korea forging ahead in nuclear, missile production

North Korea's main nuclear facility is in full swing, a new report said on Friday, the latest evidence to highlight the challenges facing whoever wins next week's presidential election in South Korea.

With denuclearisation talks stalled, North Korea conducted a record number of missile launches in January. It appears to be preparing to launch a spy satellite in the near future, and has suggested it could resume testing of nuclear weapons or its longest range intercontinental ballistic missiles (ICBMs) for the first time since 2017.

International monitors say that behind the scenes, North Korea also appears to be using reactors at its Yongbyon complex to produce fuel for potential nuclear weapons and an expansion of its nuclear production facilities.

"The activities observed in Yongbyon indicate ongoing fissile material production as well as the groundwork for further expansion," the U.S.-based 38 North project said in a report, citing commercial satellite imagery of the site.

North Korea may now be close to inaugurating an Experimental Light Water Reactor (ELWR), though additional work would need to be done to expand capacity of a radiochemical laboratory, which reprocesses spent fuel for plutonium extraction, the report said.

The report comes less than a week before South Korea's March 9 election to choose a new president to replace outgoing incumbent Moon Jae-in.

Moon's efforts to broker a deal between North Korea and the United States have been stalled since 2019.

The United States has said it is open to talks without preconditions, but Pyongyang says talks are only possible after the United States and allies drop hostile policies.

"While (U.S. President Joe) Biden is focused on the Ukraine crisis, North Korea would be looking for a chance to recapture U.S. attention, and think the best strategy is to carry out a major provocation," said Kim Sung-han, a professor at Korea University. Kim is the top foreign policy aide for Yoon Suk-yeol, the conservative frontrunner in the presidential election.

Kim believes it's only a matter of time before North Korea breaks its self-imposed moratorium on testing ICBMs or nuclear weapons.

If elected, Yoon would not pursue dialogue for the sake of dialogue, but would unveil a roadmap aimed at appealing to North Korea's own interests, Kim said.

"We have to create conditions where North Korea would make a rational choice, whether they stay out of talks and continue to suffer from the current sanctions and pressure, or whether they could bring a turning point for easing sanctions by having practical, working-level talks," he added.

Meanwhile aides to Lee Jae-myung, the candidate from Moon's Democratic Party, have said he would devise a roadmap where Washington can actually ease sanctions in phases when Pyongyang takes steps to dismantle its nuclear and missile programmes, with a so-called "snapback" clause designed to restore the sanctions if it backpedals.

North Korea said a missile launch on Feb. 27 was for the development of a reconnaissance satellite system, and Lee Jong-seok said a full satellite launch could come soon after the election.

"Any satellite launch would bring serious repercussions, as it's the same technology used to launch an ICBM," he told Reuters. 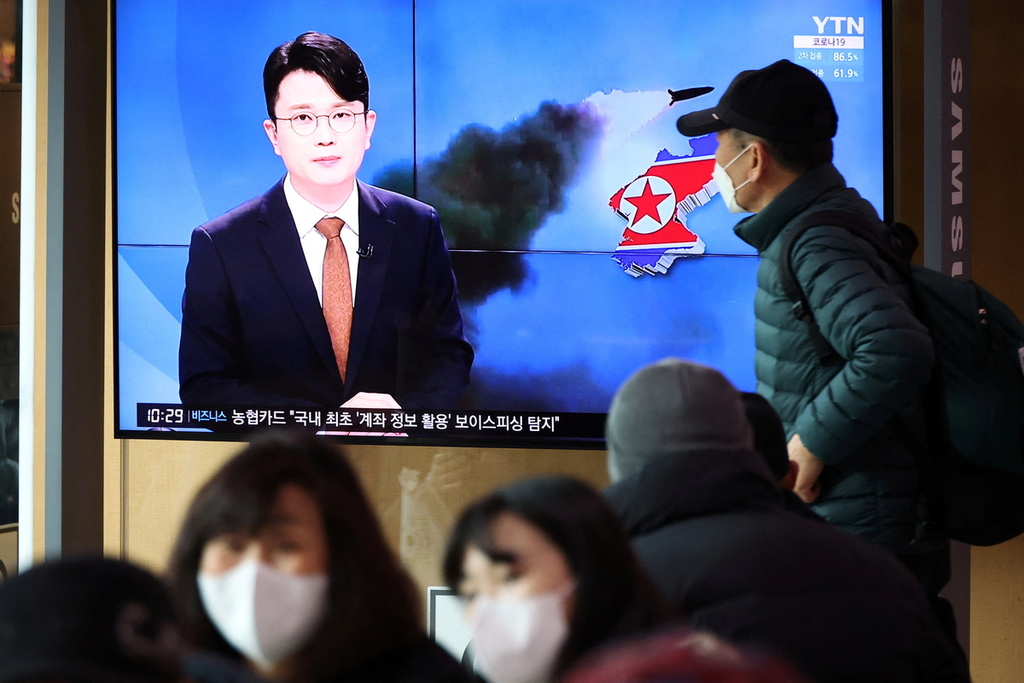 Reuters
From analysis to the latest developments in health, read the most diverse news in one place.
North Korea fires ballistic missile ahead of South's election

North Korea conducted its ninth weapons test of the year on Saturday, firing a suspected ballistic missile toward the sea…

A suspected ballistic missile has been launched by North Korea into the sea, according to a statement by the South…

Seoul (AFP) - North Korea carried out "another important test" towards the development of a reconnaissance satellite, state media said…

AFP
One place to find news on any topic, from hundreds of sites.
In S. Korea election, future of foreign policy up for debate

Ahead of the March 9 presidential election in South Korea, major candidates are embroiled in a heated debate over how…