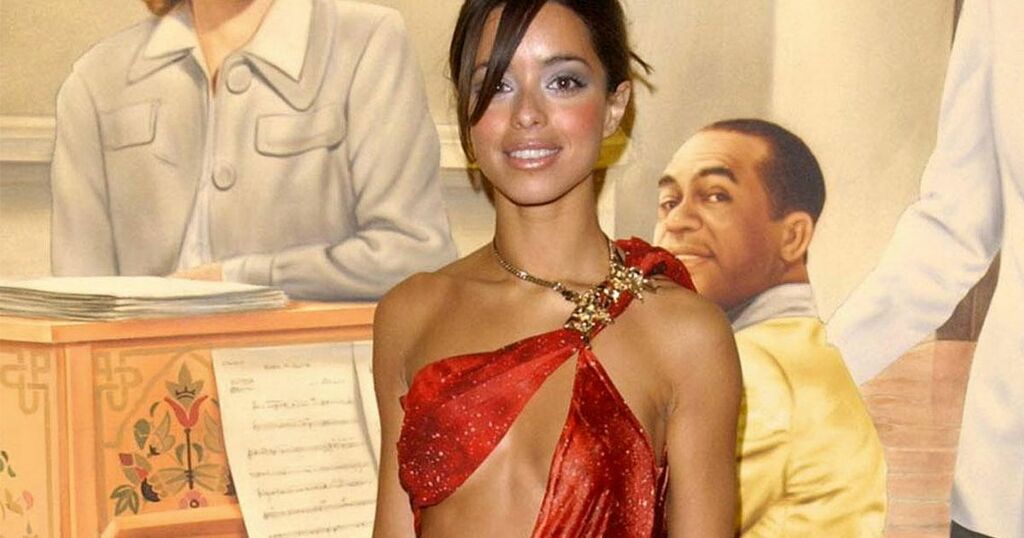 Tina Barrett has been reminiscing over that iconic red dress from almost 20 years ago.

The S Club singer caused a stir back in 2003, when she walked the red carpet of her band's movie Seeing Double in a barely-there red ensemble.

The mum-of-one - now 45 - was just 26-years-old when she stole the show compared to her more conservatively dressed bandmates in Leicester Square back in the early Noughties.

Perplexed by the legacy the skimpy dress has created, the star admits that she had no idea her co-stars - including Rachel Stevens,Hannah Spearitt and Jo O'Meara - would be wearing more demure outfits for S Club's big night.

"To be honest it was like one of those moments that sort of happened so fast because I was thinking "What should I wear? What should I wear?" Tina explained when chatting about the revealing red carpet number.

"I wanted to go big, I wasn’t planning on going as big as I sort of ended up. I can’t believe people are still talking about it – it’s crazy," she added when chatting to Gareth Howells on The Hundamental Guide To Life podcast.

With her toned abs on display, and the dress featuring super high leg slits and an asymmetrical shoulder detail, Tina's daring outfit was always going to attract attention.

But the Reach singer didn't anticipate quite how much - thanks to believing her bandmates would be rocking similarly eye-catching creations.

However, while Tina flashed some flesh on the red carpet back in 2003, the S Club lads Jon Lee and Bradley McIntosh and Jo O'Meara wore nondescript suits - with Dancing On Ice star Rachel Stevens opting for a slightly muted satin strapless dress, and Hannah Spearitt donning a simple pink halter neck creation.

"To be honest, I thought the others were going to go dressy but they weren’t at all!" Tina confessed to podcast host Gareth.

"They were literally covered from head to toe so it looked even more crazy."

At the time of the premiere, S Club were one of the biggest bands in Britain - with the group's stint on the big screen being released worldwide and opening at the U.K box office at #4.

Looking back on the band's heyday, Tina - who know performs with Jo and original member Paul Cattermole as S Club 3 - admits people today are missing out on "uplifting" pop music.

"That period of time, the music was so uplifting and so positive – I think people are missing that because you don’t have those fun bands where the music is a little bit tongue in cheek and lots of fun," the singer explained.

"At the minute we’re doing Freshers which has really been really interesting because they’re eighteen years old and know all the words. I don’t know how that happened but it’s amazing."

Elsewhere in the audio interview, Tina admitted all seven original members of S Club 7 keep in contact via a WhatsApp group and haven't ruled out a reunion.

"I have to say, some of the members are up for it! Like, I can actually say who; I know Rachel wants to do it, Hannah wants to do it, I’d definitely love to do it and Brad but obviously we need all seven," she revealed.

"More than half are up for it. You never know."