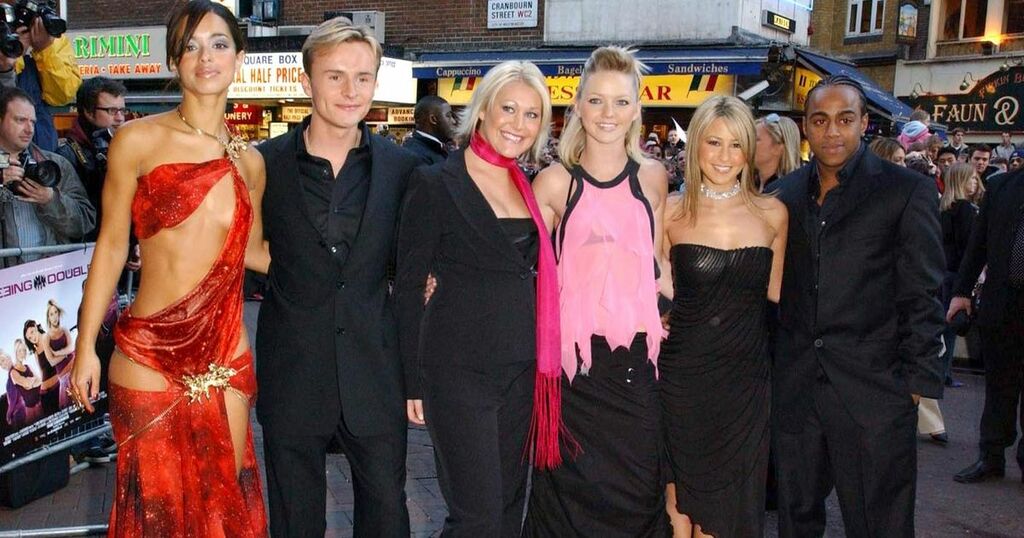 S Club 7 's Tina Barrett has finally revealed the story behind that naked dress she wore back in 2003.

The singer, who was 26 at the time, shunned her pop band’s clean cut image as she arrived at the premiere of their movie, Seeing Double, in a show-stopping gown that left little to the imagination.

Designed by Scott Henshall, who was famous for his cut-out gowns, wanted Tina to wear his red Grecian-style dress that had previously been worn by supermodel Erin O’Connor.

The asymmetric dress exposed Tina’s torso and chest, with delicate gold chains around her hips, and she finished off the daring look with a pair of gold heels.

In a new interview on The Hundamental Guide To Life podcast, Tina spoke about her decision to wear the headline-making dress, and said she is in disbelief that people are still talking about the iconic gown.

“I wanted to go big, I wasn’t planning on going as big as I sort of ended up,” Tina laughed.

For the movie premiere, the rest of Tina’s bandmates wore less extravagant outfits, with Jo O’Meara rocking a black suit with a red scarf around her neck, which matched the style of Jon Lee and Bradley McIntosh, who were also decked out in tailored two-piece suits.

Tina is shocked her red barely-there dress is still being talked about, and said she was disappointed her bandmates didn’t get the memo about dressing up for the premiere.

“To be honest, I thought the others were going to go dressy but they weren’t at all! They were literally covered from head to toe so it looked even more crazy,” she laughed.

“I can’t believe people are still talking about it – it’s crazy!” Tina added.

She previously spoke about the dress last year, and said she wanted to wear ‘one of those red carpet dresses’ for the band’s movie.

Tina told Metro.co.uk she wanted to ‘go for it’, so chose the dress by Scott Henshall, but was left gobsmacked at how much of her body she would have on show.

“He showed me the dress and I was like, ‘where’s the rest of it?’ I thought he was joking. There’s nothing underneath it? So that’s it?” she recalled.