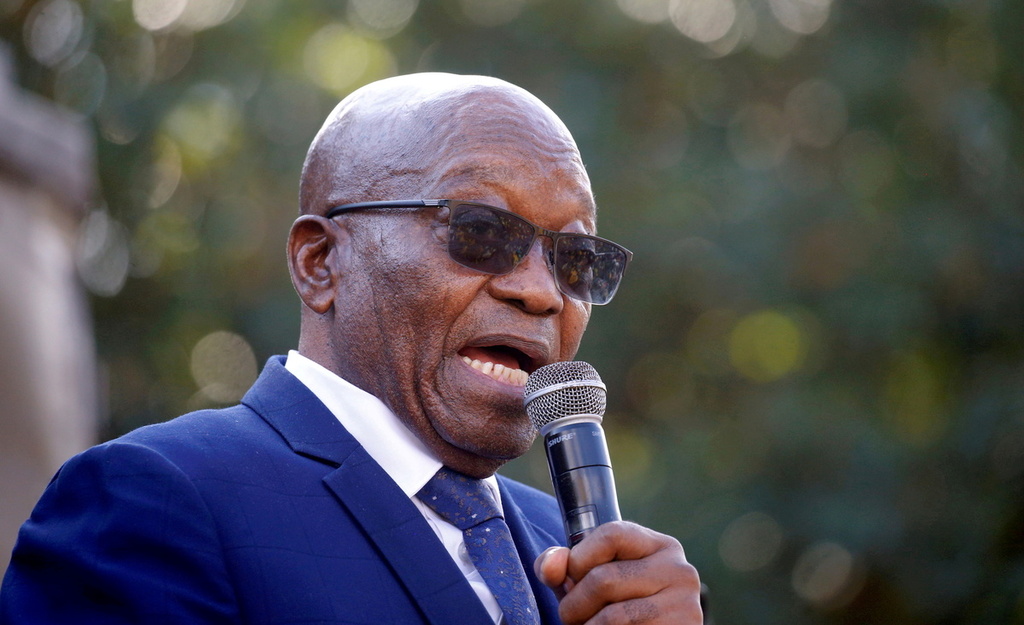 A South African court pushed back to Sept. 21 and 22 a hearing scheduled for Thursday in a corruption trial of former president Jacob Zuma linked to a 1990s arms deal.

The 12-day postponement was agreed between Zuma's lawyers and prosecutors and granted by Judge Piet Koen at the Pietermaritzburg High Court.

It is the latest in a series of delays in the long-running case, in which 79-year-old Zuma faces multiple charges including corruption, racketeering and money laundering over the weapons contract over which he allegedly received kickbacks.

Zuma was jailed for 15 months in July for defying a constitutional court order to appear at a separate inquiry into corruption during his scandal-plagued time in office.

He is currently in hospital, however, after the government said on Sunday he had been placed on medical parole for an undisclosed condition.

Zuma, in power from 2009 until 2018, denies wrongdoing and has pleaded not guilty to all charges against him.