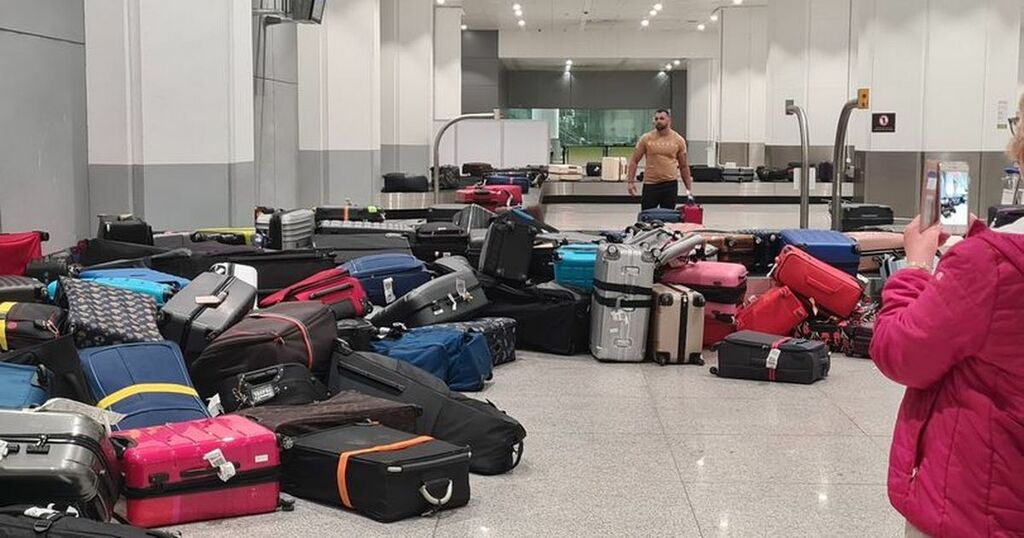 Caught on camera on Tuesday, the pilot was reported to have been trying to calm the situation after two men…

A man said he was left "distressed" after claims a drunk passenger told him he 'looked like a terrorist' on a Ryanair flight from Morocco to Manchester. Umar, who is a key worker, says he was disappointed after claims staff onboard the flight for Manchester Airport failed to call the police over the vile attack.

The 30-year-old from Rochdale said he had been minding his own business when an "intoxicated" passenger started shouting abuse at him and his cousin, before pointing towards them and saying 'you look like terrorists'. Umar said staff intervened initially, and told the passenger to go back to his seat. But when he asked if they would be escalating the matter, he says he was told police wouldn't be contacted.

Speaking to the M.E.N, Umar said: "The comment was distressing and heartbreaking. I was just minding my own business and he came over to me. We were flying back from Morocco and the passenger seemed like they had had a lot to drink.

"I asked them if anything was going to be done about it. They said they weren't going to contact police about it. I personally felt this wasn’t fair. He just got away with it.

"I was coming back from Turkey in November and there was another drunk man in front of me and used a racist term towards another man. The men didn't escalate this but if you don't try and do anything about it how can you expect things to improve."

Umar claims he contacted Greater Manchester Police following the incident in January 2020, but the force told the M.E.N they could not find a log of the report on their system.

A spokesperson for Ryanair said: "This incident (which occurred on a flight some two and a half years ago) involving a disruptive/ abusive passenger, was appropriately addressed by our cabin crew on board, with a warning to the relevant passenger to desist from the disruptive behaviour (which he complied with).

"Since there was no further disruptive behaviour, the police were not called to meet the arrival in Manchester. We subsequently responded to this customer’s complaint in July 2020 and advised him to report the matter to the police services and Ryanair would fully support any such complaint. We will provide the police with any assistance they may request. We do this regularly in response to formal enquires by law enforcement authorities."

Caught on camera on Tuesday, the pilot was reported to have been trying to calm the situation after two men…