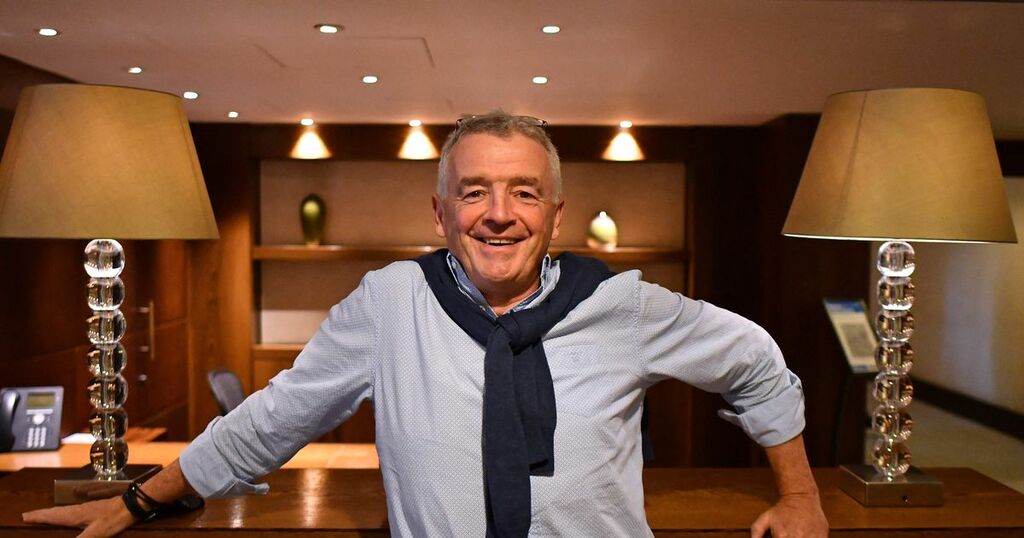 Michael O'Leary's Gigginstown House Stud sold 39 horses for over €500,000 at the Goffs UK September Sale at Doncaster on Wednesday.

The Ryanair boss continues to downsize his racing empire and has sold horses at this sale for the past few years.

Gordon Elliott purchased three horses from Gigginstown, who made €584,000 in total from the sale, ahead of his return to racing.

The Meath trainer was handed a one-year ban with the last six months suspended after a photo emerged of him sitting on top of a dead horse earlier this year.

That ban expires on Thursday and Elliott could have runners in his name again at Punchestown next Tuesday.

Elliott and bloodstock agent Aidan 'Mouse' O'Ryan forked out almost €50,000 for bumper and chase winner Forged In Fire, who was previously trained by Joseph O'Brien, €43,000 for four-time hurdle winner Smoking Gun and €16,000 for Mortal.

Smoking Gun and Mortal were both trained by Elliott for Gigginstown, but will now run in new colours for the three-time Grand National winning trainer.

The brother of Michael O'Leary said earlier this week: “He’s done his time and he’s behaved exemplary through it. He’s learned a lot and he will come back bigger and better.

“He has changed in an awful lot of ways. This was never a welfare issue - this was a stupidity issue – and Gordon has done exactly as he said he would do.”

Goffs UK Managing Director Tim Kent commented after Wednesday's sale: "The annual dispersal from Gigginstown House Stud will always draw a crowd to the Goffs UK Sales Complex and this has been the case throughout the day with buyers at all levels bidding for a range of horses from a wide variety of vendors.

"These high-profile drafts have proven to be happy hunting grounds for those looking to buy future winners and we would like to extend our sincere thanks to Michael & Eddie O’Leary for once again entrusting their draft to Goffs UK and this sale.

"It’s a busy time for the Goffs UK team as we have back-to-back sales this week with the third annual Yorton Sale to be held on Thursday from 1pm at Yorton Farm in Wales.

"We look forward to seeing many of today’s buyers at Yorton on Thursday and we extend our thanks to all those that were involved with Wednesday's sale and wish everyone the best of luck with their purchases."