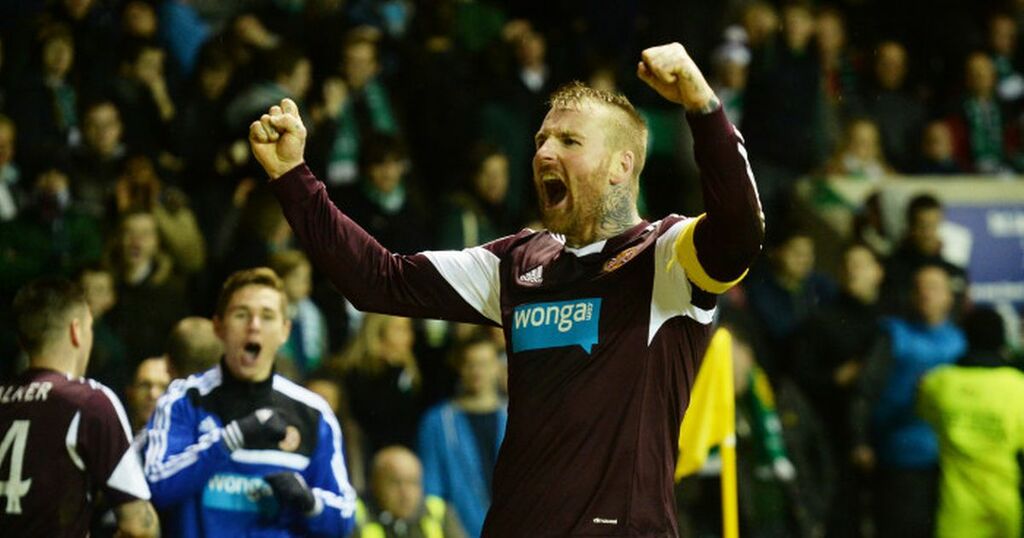 Ryan Stevenson always felt Hearts had the edge of Hibs, no matter how well either were playing.

The capital clubs meet in the first Edinburgh derby of the season this Sunday and it’s a top of the table clash with both unbeaten in the Premiership so far.

Stevenson enjoyed an impressive derby record in maroon and explained that regardless of each team’s respective form going into the game, he and his teammates always had a belief that they’d get something.

And the pre-match preparations of Jim Jefferies had a lot to dio with it.

He wrote in his Daily Record column: “I always felt we had something over HIbs. No matter how well they were doing, even if we;d had a couple of bad results, it was just bred into us by Jim, Billy and Lockie. We very rarely lost to Hibs.

“I don’t know what it was. You’d play in games where teams would have a couple of chances and think “there’s a goal coming here” but it just never felt like that with Hibs.

“Even if they did get one, you’d get one back and just felt as if they would capitulate.

“I was actually at Tynecastle at the weekend. My wee boy was playing there and I was speaking to some of the guys there who are on the academy coaching staff. I was saying to them that this is the first time that I can remember Hearts and Hibs being at the right end of the table, doing the right things. This is where you want to see them playing in derbies, not down the bottom and scratching around.

“I’m excited for the weekend but I fully believe that Hearts will beat them.

“I’m not surprised to see my fellow Record columnist Tam McManus saying otherwise, but what does Tam know about fitbaw?!

“Listen, good on Hibs and good on Tam. It's the first time in about five or six years he's been able to shout his mouth off! Will give his wee column moment in the sunshine.

"It’ll be two good teams going at it and I just pray that Hearts win.”