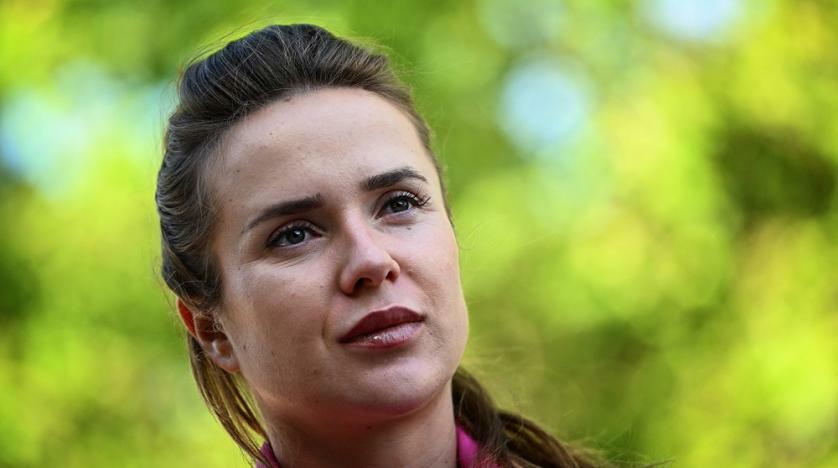 Svitolina: Russian, Belarusian Players Must Speak about War
Ukrainian tennis player Elina Svitolina wants Russian and Belarusian players to say whether they oppose the war in her nation.…

Andy Murray still has Wimbledon at the top of his priority list, despite fears that ranking points may be scrapped…

Livemint
Get all your news in one place
Latest Sport news:

Russian Tennis Federation president Shamil Tarpischev has criticised women’s World No. 20 Elina Svitollina for asking Russian and Belarusian players to speak out against the Russian military invasion of Ukraine.

Sports stars from Russia and Belarus continue to face uncertain futures after Vladimir Putin's widely-condemned military assault on neighbouring Ukraine back in February. Millions have fled the country, and the European response has spilled over into the sporting arena on various fronts.

Wimbledon officials announced such players will be barred from taking part in the prestigious tournament, which begins in June. It means the likes of US Open champion Daniil Medvedev, World No. 4 Aryna Sabalenka and World No. 8 Rublev will not be playing the grass-court Grand Slam.

Ukrainian star Svitolina has been immensely vocal about the invasion, and has called on players on several occasions to publicly condemn Vladimir Putin ’s regime. After the decision to ban Russian and Belarusian professional players from competing at Wimbledon and other British grass-court events, the former World No. 3 declared that ‘if players don’t speak out then it is the right thing to ban them’.

Amid the number of players speaking out on the controversial topic, Tarpischev labelled the 27-year-old a ‘nobody’. The likes of World No. 1 Novak Djokovic, Rafael Nadal, and Andy Murray have criticised Wimbledon’s decision - and Tarpischev welcomed their ’support’.

“No need to pay attention, this is not only my opinion, but also of lawyers,” he told Russia ’s Metaratings.ru. “If we make any statement we can be removed from some competitions.

Do you think Russian and Belarusian players should be allowed to compete at Wimbledon? Let us know in the comments section.

“Now we are playing, everything is fine with us. It’s stupid to react at all. Who is Svitolina? A nobody.

“Support from the [tennis] top players is always needed. Players and the [Russian] federation are grateful to all of the players who have already come out in defence of our athletes who were not allowed to compete [at Wimbledon].

“In my opinion, all the top players should support us and thus defend the competitive principle in the tennis world.”

Svitolina: Russian, Belarusian Players Must Speak about War
Ukrainian tennis player Elina Svitolina wants Russian and Belarusian players to say whether they oppose the war in her nation.…

Andy Murray still has Wimbledon at the top of his priority list, despite fears that ranking points may be scrapped…