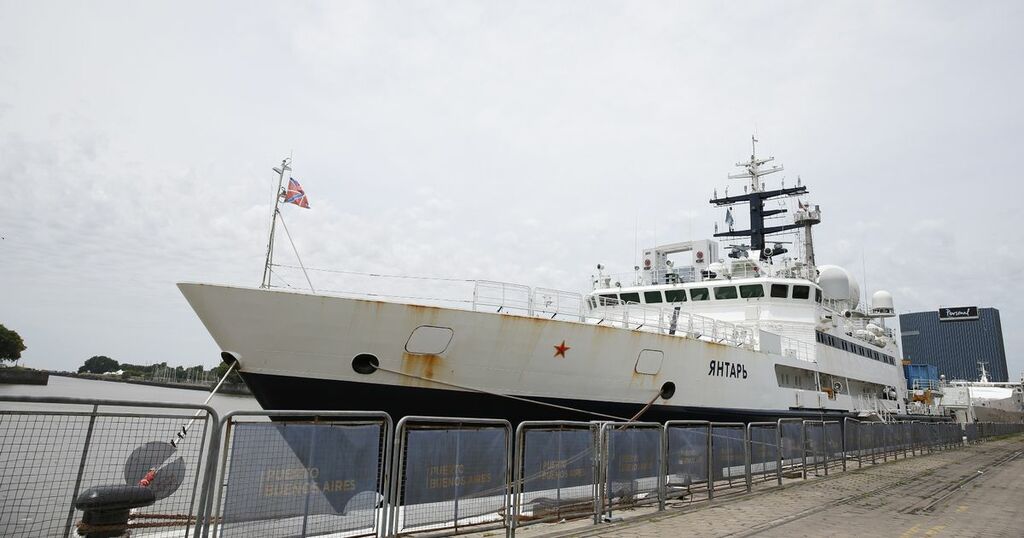 A Russian spy ship that can launch mini deep-sea submarines has entered the English Channel.

The intelligence vessel Yantar was spotted between Devon and France this morning on its journey north.

It will be escorted away from British territorial waters by the HMS Mersey after carrying out operations in the Mediterranean, the Mirror Online understands.

The Kremlin says the ship is a specialist "research vessel", but experts say its main mission is underwater spying.

The 108-metre (354ft) long ship carries several deep sea submarines and "robots", which are capable of photographing and moving items on the seabed.

It was spotted after turning on its automated Information System, which made it visible on ship tracking site, MarineTraffic.com.

It is often caught on the surface near crucial infrastructure elements like internet cables, the MailOnline reports.

The Yantar is referred to as a "Special Purpose Ship" and an "Oceanographic vessel" but it is generally considered to be involved in international espionage.

At the stern of the ship are two frames which can launch smaller submersibles and remote operated vehicles (ROV), commonly referred to as "underwater robots".

ROVs are controlled by a pilot who use the robot's arms to grab, move or place items in the sea.

Last year a probe was launched to determine if a Russian military deep-sea vessel was carrying out unauthorised work on a cable off the south coast of Ireland, the Times reports.

A naval patrol spotted a large reconnaissance ship performing underwater works close to an internet cable that carries traffic between Europe and America.

The ship was 170 nautical miles off the Irish coast, which is considered within the countries exclusive economic zone borders.

It was spotted today by defence analyst H.Sutton, who runs the website hisutton.com.