A Russian tank commander has pleaded guilty to shooting dead a 62-year-old man as he rode his bicycle down a village road, in Ukraine’s first trial for war crimes committed during the Russian invasion.

Vadim Shysimarin, 21, sat emotionless as prosecutors detailed charges that he had fired his AK-47 at the unarmed cyclist from the window of a car in the north-eastern Sumy region in late February.

Prosecutors have moved fast. It is extremely unusual to hold a trial while a conflict is still ongoing, and unprecedented to do it within weeks. The victim was shot dead less than three months ago, in the first days after the invasion.

But Ukraine has made seeking justice for atrocities committed by Russian troops a priority. National prosecutors are risking their own lives to collect evidence of war crimes even in areas still threatened by enemy forces or laced with mines.

The case is being heard by three judges, who must reach an unanimous verdict for the suspect to be convicted and sentenced, even after the guilty plea. He faces life in jail for the killing.

They will hear testimony from two witnesses. One is the victim’s wife, who was in the court to watch Shysimarin acknowledge murdering her husband, and another is the Russian soldier who was in the car with him at the time of the shooting and was later taken prisoner by Ukrainians.

They will also be presented with evidence including the alleged murder weapon, in hearings expected to last two days.

Shysimarin comes from Ust Illyinsk in the south-east Irkutsk region of Russia and was a commander of the Kantemirovskaya tank division on the day of the killing, 28 February, in Chupakhivka village.

Prosecutors say a group of Russian soldiers shot at a civilian vehicle after their convoy came under attack from Ukrainian forces, then stole the car and drove it away.

They later came across the unarmed victim, who was talking on his phone just a few dozen metres from his own home. One of the men in the car told Shysimarin “to kill a civilian so he would not report them to Ukrainian defenders”, according to prosecutors. He opened fire out of the car window, and shot down the man.

That instruction to open fire could not be considered a military order that might protect him from responsibility, prosecutor Andriy Syniu told journalists outside the courtroom.

Ukrainian prosecutors have the support of several teams of international investigators and forensic experts, but face a mammoth task. Over a thousand bodies have been unearthed from mass graves in the town of Bucha alone, and dozens of rapes have been reported.

Ukrainian prosecutor general Iryna Venediktova is preparing over 40 cases for war crimes trials, and authorities say they have registered more than 10,000 war crimes, including attacks on hospitals.

Large swathes of Ukrainian territory are still under Russian control, and abuses have been widespread in all areas liberated from its forces to date, so the toll is expected to rise considerably if other areas fall back under Kyiv’s control.

One of the few precedents for holding a trial while a war is still raging comes from the Balkans. A Bosnian Serb soldier, Borislav Herak, was captured by Bosnian army soldiers, put on trial for 35 killings and 14 rapes, and convicted of genocide and crimes against civilians.

Senad Kreho, who was president of a district military tribunal in Sarajevo in 1993, said the legal system functioned fairly even though the war was still ongoing. “Numerous subsequent reviews of [Herak’s] case by international and national legal experts found that he was given a fair trial,” Kreho told the Associated Press.

Two further unnamed soldiers are expected to have a first hearing in Ukraine within days, facing allegations they used a Soviet truck-mounted 122mm multiple rocket launcher to shell homes and civilian buildings in Kharkiv district.

Another case will be heard in absentia shortly. A soldier named as Mikhail Romanov is accused of rape and murder.

Russia, which calls the invasion a “special military operation” denies its soldiers have committed war crimes. 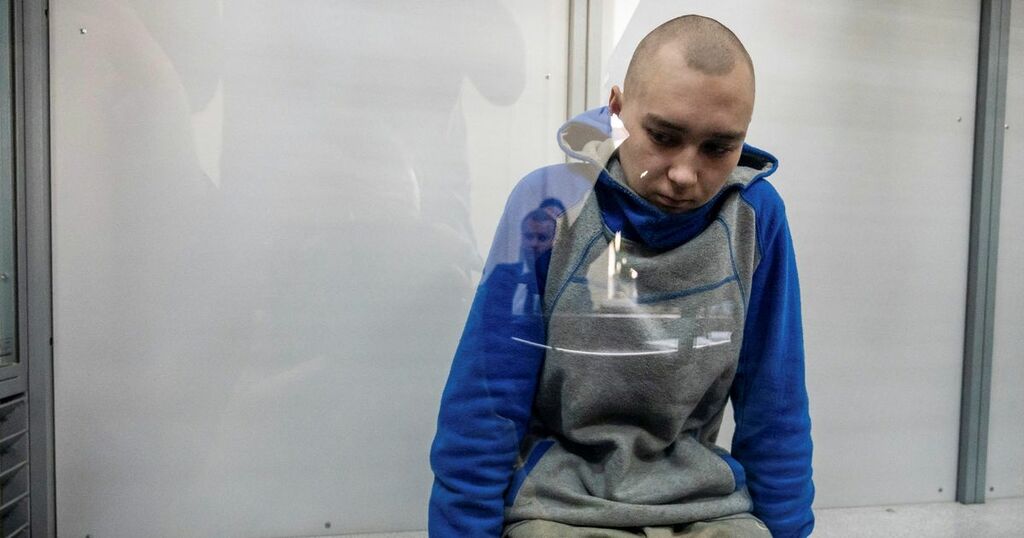 A Russian soldier accused of war crimes in Ukraine pleaded guilty on Wednesday to killing an elderly unarmed civilian.