This footage allegedly shows a Russian soldier setting up and using an Orlan-10 military drone in the Donbas region of eastern Ukraine.

A soldier can be seen in the footage setting up the drone before it takes to the skies. The footage then cuts and allegedly shows what the drone sees on the ground.

The footage was obtained from the Russian Ministry of Defense early on Friday, August 5, along with a statement claiming that the images show “the combat work of the crews of Orlan-10 multifunctional unmanned aerial vehicles during a special military operation.”

The statement continued: “The crews of the UAV units of the Eastern Military District carry out search and reconnaissance of targets, followed by the transfer of target designations for artillery and missile units.

“Being on combat duty, the crews of the Orlan-10 UAV, in the conditions of enemy electronic warfare interference, fly to tactical depth for reconnaissance and search for targets, further adjusting the fire of various types of weapons and video recording the fire destruction of objects, manpower and equipment of the enemy.”

We have not been able to independently verify the claims or the footage.

The Orlan-10 is an unmanned aerial reconnaissance vehicle used by the Russian Armed Forces. It can typically carry and drop bombs on targets, with a maximum payload of 13 pounds.

Zenger News contacted the Russian MoD for further comment, as well as the Ukrainian Ministry of Defense, but had not received a reply at the time of writing.

Russia invaded Ukraine on February 24 in what the Kremlin is calling a “special military operation”. Friday marks the 163rd day of the invasion.

Russia has claimed that its casualties have been much lower, but provides infrequent updates on its latest figures.

Ukraine has acknowledged Russia’s “partial success” in the Donbas region in recent days. Ukraine’s President, Volodymyr Zelensky, said the pressure the country’s troops are under in the region is “hell”.

Ukraine has recaptured two villages near the city of Sloviansk, according to General Oleksiy Hromov, but they were also forced to abandon a coal mine considered a strategic defensive position, with Ukrainian troops pushed back to the Avdiivka outskirts.

Hromov said on Thursday that Moscow could launch a major offensive in the Kherson region in southern Ukraine in a bid to counteract Ukrainian momentum there, as Kyiv has been building up forces to take back the region.

Most of the Kherson region is occupied by Russian forces after it captured key areas at the beginning of the war, but Ukraine has been putting together a counter-offensive to take back territory.

Three more grain ships have been greenlit to leave Ukrainian ports on Friday as part of an international deal to unblock grain exports and mitigate the global food crisis.

The ships will head to Turkey, Ireland and the U.K. The first grain ship exporting food from Ukraine under a deal brokered by Turkey and the United Nations reached Turkey on August 2 after setting out from the port of Odesa. It was the first of 27 ships planned so far.

Canada’s Defense Minister Anita Anand has said that Canada is sending 225 troops to the U.K. to train Ukrainian recruits. Canada has trained 33,000 Ukrainians since 2015 but had put some parts of its training programs on hold in February.

NATO Secretary-General Jens Stoltenberg said on Thursday that members are working with defense companies to make sure supplies of weaponry and equipment to Ukraine increase in preparation of a lengthy conflict with Russia. 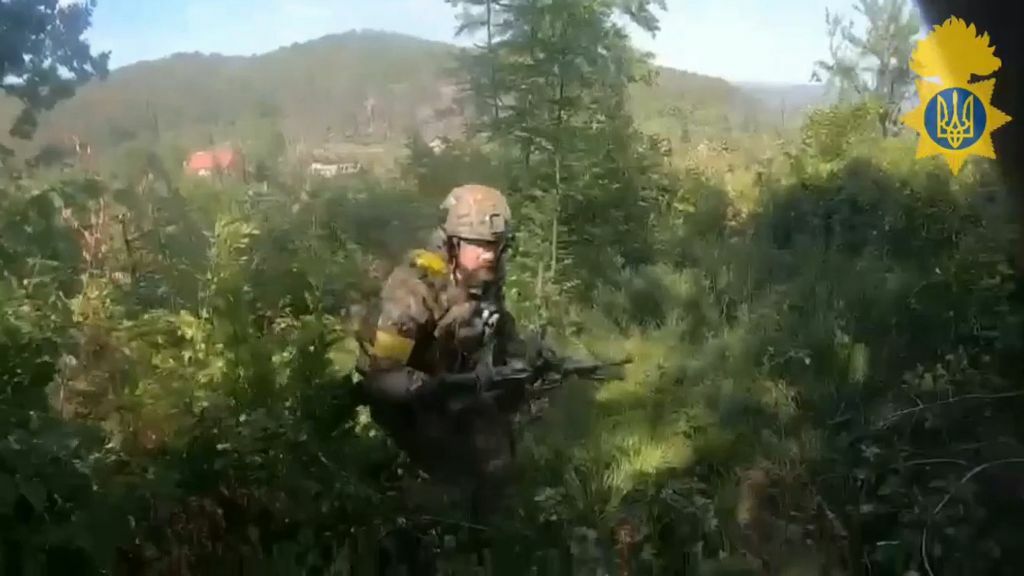 Ukrainian ‘Omega’ Special Forces Take On Russian Troops In Occupied Donetsk
The footage was obtained from the National Guard of Ukraine on Wednesday, August 3.

Zenger
From analysis to the latest developments in health, read the most diverse news in one place.
Moment Ukrainian Marines Ambush And Take Out Group Of Russian Soldiers

The footage was obtained from the 503rd Separate Marine Corps Battalion of the Ukrainian Naval Forces on Friday.

The images were obtained from the Eastern Operational-Territorial Unit of the National Guard of Ukraine, on Monday, August 8.

The footage was obtained from the Chernihiv Regional Territorial Center Of Recruitment And Social Support on Sunday, August 7.

The images were obtained from the Russian Ministry of Defense (MoD) on Monday, August 8.

Zenger
One place to find news on any topic, from hundreds of sites.
Moment Ukrainian Troops Blow Up Russian Tank With American Javelin Missile

The images were obtained from the 93rd Mechanized Brigade of the Ukrainian Ground Forces on Saturday, August 6.