Russia has likely lost around a third of the ground forces it deployed to Ukraine and its offensive is "significantly behind schedule", British military intelligence has said.

Since Russia's invasion on February 24, Ukraine's military has forced Russia's commanders to abandon an advance on the capital Kyiv.

This was before they made rapid gains in the northeast and drove them away from the second biggest city of Kharkiv.

A Ukrainian counteroffensive has been underway near the Russian-held town of Izium, though Ukraine's military reported on Sunday that Russian forces were advancing elsewhere in the Donbas region, the main theatre of war over the past month.

"Despite small-scale initial advances, Russia has failed to achieve substantial territorial gains over the past month whilst sustaining consistently high levels of attrition," the British defence ministry said on Twitter.

"Russia has now likely suffered losses of one third of the ground combat force it committed in February."

It said it was unlikely to dramatically accelerate its rate of advance over the next 30 days.

“Many of these capabilities cannot be quickly replaced or reconstituted, and are likely to continue to hinder Russian operations in Ukraine.

“Under the current conditions, Russia is unlikely to dramatically accelerate its rate of advance over the next 30 days.”

In his usual nightly address to the nation, Ukrainian President Volodymyr Zelensky sung the praises of those defending the Donbas.

Russian forces were withdrawing from the city of Kharkiv, he said, the second-largest in Ukraine.

Troops had now begun to reclaim areas, Mr Zelensky added, and had moved back into six towns over the past day.

Ukraine's military has notched a string of successes, since Russia's invasion, first forcing Russia's commanders to abandon an advance on the capital Kyiv, and then making rapid gains in the northeast in recent weeks.

Alexander Grushko added that Moscow has no hostile intentions towards Finland and Sweden who have moved to join the western alliance.

A formal application is expected within days and NATO leaders are expected to discuss the bid at their summit in Madrid next month. 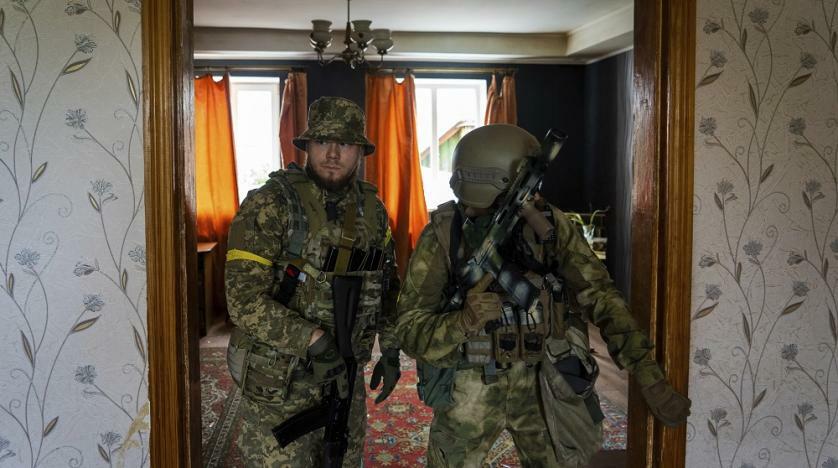