Russia Carries Out Raids Near Turkish Base in Northern Syria 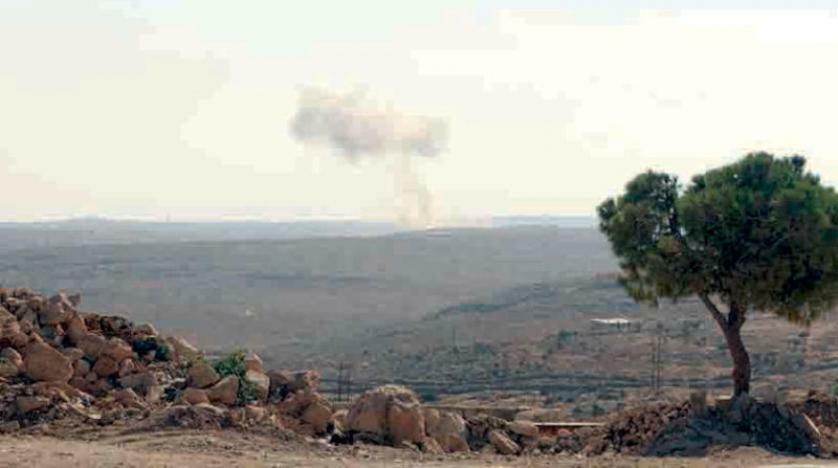 Russian warplanes launched raids near a Turkish base in the countryside of Aleppo, northern Syria, after Ankara announced the killing of a soldier in a bombing by Kurdish forces.

The Turkish Ministry of Defense announced the killing of one of its soldiers as a result of a missile attack in the northern countryside of Aleppo, within the area known as the “Euphrates Shield”, which is under Turkey’s control.

A leader in the Syrian National Army said the raids were the third of their kind within weeks.

Meanwhile, Turkish President Recep Tayyip Erdogan discussed with his Russian counterpart, Vladimir Putin by phone on Thursday, a number of bilateral and regional issues, including developments in Syria and the situation in Idlib.

The phone call came a week after the two leaders met in Sochi, where they discussed the Syria and the tense situation in Idlib. They stressed their commitment to previous agreements and understandings in this regard.

In the same context, the spokesman for the ruling Justice and Development Party in Turkey, Omer Celik, warned that any attack by the Syrian regime forces or any tension that occurs in the Idlib governorate would lead to new waves migrants and humanitarian tragedies.

He added that his country was closely monitoring any violations of the ceasefire signed with Russia on March 5, 2020, and attacks targeting civilians.