Russian forces have shelled more than 40 towns in the eastern Donbas region, Ukraine’s military says, threatening to shut off the last main escape route for civilians trapped in the path of Moscow’s invasion.

After failing to seize Ukraine’s capital Kyiv or its second city Kharkiv, Russia is trying to take full control of the Donbas, comprised of two eastern provinces Moscow claims on behalf of separatists.

Russia has poured thousands of troops into the region, attacking from three sides in an attempt to encircle Ukrainian forces holding out in the city of Sievierodonetsk and its twin-town Lysychansk.

Their fall would leave the whole of Luhansk province under Russian control, a key Kremlin war aim.

“The occupiers shelled more than 40 towns in Donetsk and Luhansk region, destroying or damaging 47 civilian sites, including 38 homes and a school,” the Joint Task Force of Ukraine’s armed forces said on Facebook.

“As a result of this shelling five civilians died and 12 were wounded.”

Ukraine’s President Volodymyr Zelenskiy said Russian troops “heavily outnumber us” in some parts of the east.

Reuters was unable to independently confirm the battlefield reports.

As Moscow seeks to solidify its grip on the territory it has seized, President Vladimir Putin signed a decree simplifying the process for residents of newly captured districts to acquire Russian citizenship and passports.

The Russian parliament scrapped the upper age limit for contractual service in the military on Wednesday, highlighting the need to replace lost troops.

In a late-night video address, Zelenskiy said: “(They) no longer have enough young men, but they still have the will to fight. It will still take time to crush this will”.

Ukraine’s president said earlier this week the conflict could only be ended with direct talks between him and Putin.

Police in Lysychansk are collecting bodies of people killed in order to bury them in mass graves, Luhansk regional governor Serhiy Gaidai said.

Some 150 people have been buried in a mass grave in one Lysychansk district, he added.

Families of people buried in mass graves will be able to carry out a re-burial after the war, and police are issuing documents enabling Ukrainians to secure death certificates for loved ones, Gaidai said.

A missile blasted a crater in a railway track and damaged nearby buildings in Pokrovsk, a Ukrainian-held Donbas city that has become a major hub for supplies and evacuations.

In Kramatorsk, nearer the front line, streets were largely deserted, while in Sloviansk further west, many residents took advantage of what Ukraine said was a break in the Russian assault to leave.

“My house was bombed, I have nothing,” said Vera Safronova, seated in a train carriage among the evacuees.

Further north, two people were killed and seven wounded by Russian artillery shelling of the town of Balakliya in the Kharkiv region, an aide to its governor said on Facebook.

Russia is also targeting southern Ukraine, where officials said shelling had killed a civilian and damaged scores of houses in Zaporozhzhia and missiles had destroyed an industrial facility in Kryviy Rih.

Moscow has blockaded ships from southern Ukraine that would normally export Ukrainian grain and sunflower oil through the Black Sea, pushing up prices globally.

The African Union urged the two countries on Wednesday to unblock exports of grains and fertiliser to avoid widespread famine.

Russia has blamed Western sanctions for the food crisis. It said on Wednesday it was ready to provide a humanitarian corridor for vessels carrying food to leave Ukraine but wanted sanctions to be lifted in return.

The United States pushed Russia closer to the brink of a historic debt default on Wednesday by not extending its licence to pay bondholders. That waiver has allowed Moscow to keep up government debt payments till now.

The European Commission proposed on Wednesday to make breaking EU sanctions against Russia a crime.

But Russia, for now at least, is not short of money. Oil and gas revenues stood at $A39 billion in April alone thanks to high energy prices. 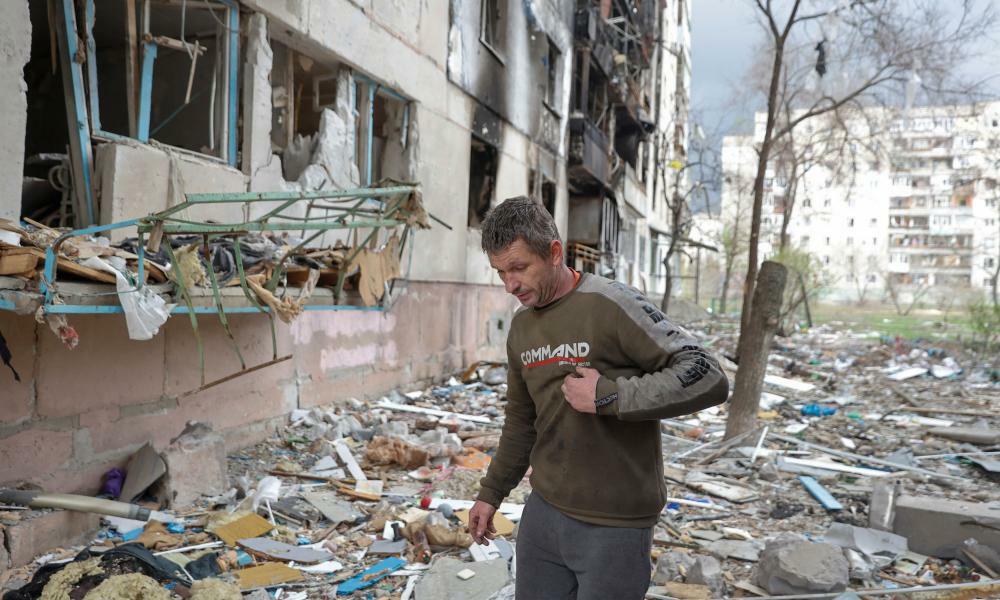 In one district of a city in Luhansk, about 150 people have reportedly been buried in a mass grave