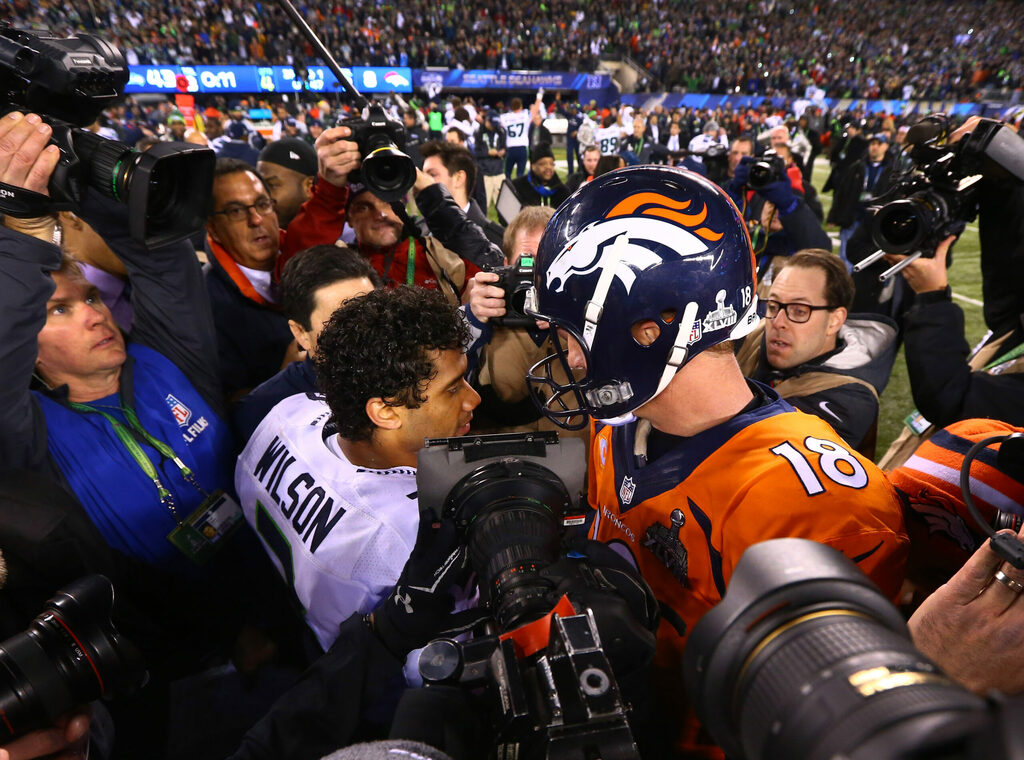 Peyton Manning and Eli Manning were the big stars of Monday Night Football, despite a former league MVP playing in an overtime game. Their simulcast on ESPN2 proved to be the most interesting commentary for a MNF matchup in some time, even if the ratings weren’t a smash hit.

Part of the appeal was the A-list guest appearances. Ray Lewis, Charles Barkey, Travis Kelce and Seahawks quarterback Russell Wilson all dropped by to add to the conversation. Wilson’s work has been drawing rave reviews, at least from the folks who work in media. Watch Rich Eisen discuss how great Wilson was on TV.

After a slow start, the #ManningCast found its stride and was awesome for the 4th quarter and OT when @DangeRussWilson joined for the insane finish + #RaiderNation win:#NFL #NFLkickoff@EliManning pic.twitter.com/k1vo3iVPsK

Wilson still has a long way to go in his NFL career. Once he retires our best guess is that he’ll wind up as a U.S. Senator or perhaps the Governor of Washington, but he might have a gift for talking on television.