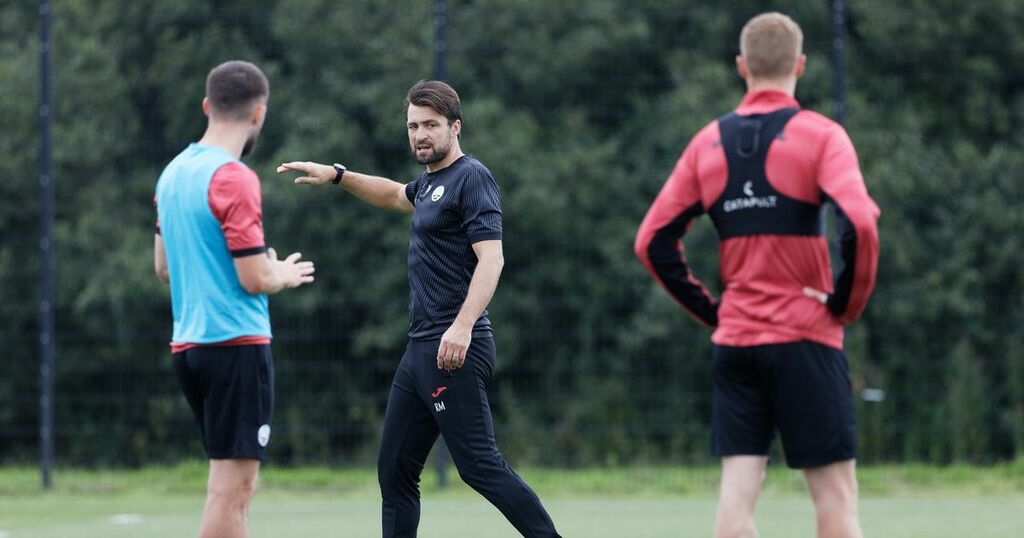 August proved to be a chaotic month for Swansea City Football Club.

On the opening day of the month, Russell Martin was appointed as boss while on the 31st and final day of August, several players came and went on transfer deadline day.

In between, Swansea played a total of seven fixtures, winning three, drawing one and losing three.

The international break provided a bruised and battered squad with some much-needed respite, and, crucially, the chance for Martin and his coaching staff to further implement their ideas having had precious little time on the training ground during the early days of their time at the club.

And the time at Fairwood was all about one thing, as Martin himself explains.

"Intensity. Trying to get the guys to understand that everything is connected in and out of possession," said the head coach about his side's efforts on the training ground.

"Everything is built around one thing, and that's intensity. I think they've really got a grasp of it now."

With players back from injury and Covid isolation, Swansea's options now look significantly stronger than they did when Martin left MK Dons for south Wales.

New signings in the shape of Michael Obafemi, Rhys Williams and Olivier Ntcham have added quality, athleticism and depth to Swansea's squad too.

And with the jigsaw pieces slowly falling into place, Martin witnessed an enjoyable sight during a training session ahead of the clash with Hull City.

"We stood back on Wednesday whilst watching training and I thought 'OK', the two teams that were going at each other were finally playing some football in the way that we want them to play," revealed the boss.

In a bid to fully implement his methods, Martin has even changed the regime surrounding meetings at the club's training base.

He meets with players every day in a bid to reassure them over their roles and what is expected of them. And, most importantly, why they're asked to do certain things.

"We meet every day. The players need to understand why they are doing something and that everything we do is related to the big picture," explained the head coach.

"We are not doing anything to waste time or just to fill time on the training pitch. Everything is important and has a purpose.

"We meet every morning, they do their pre-activation, then straight out on the training pitch and then we meet with guys after – either individually or in their units.

"There is a lot of contact time and even the guys from other clubs have not been used to as much of it. But they are getting used to it now and they are expecting that intensity.

"The team I had in mind is different to the team that will start tomorrow [Hull] because of the way certain guys have trained and the way they have helped others."

But the hope is that the valuable time spent together at Fairwood since the 3-1 loss to Preston North End can help Swansea kick on and start to show what they're all about under the current regime on a more consistent basis.