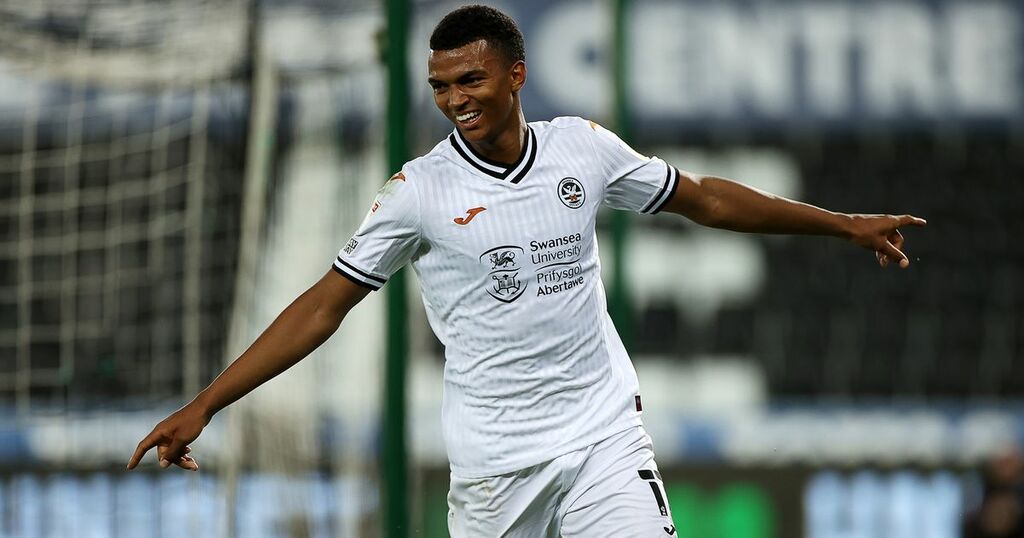 Russell Martin has hinted Morgan Whittaker could depart Swansea City on loan in the future after his proposed switch to Lincoln City fell through last month.

WalesOnline revealed last month that the Swans were open to allowing the forward to leave on a temporary basis.

On deadline day, League One side Lincoln harboured hopes of recruiting Whittaker - who netted a hat-trick in Swansea's 4-1 Carabao Cup win over Plymouth Argyle - although a move never materialised.

And Swans boss Martin says he held numerous discussions with Whittaker on the final day of the summer window.

"I don’t think it was a deal that was ever done," admitted the head coach.

"It was certainly discussed about what’s best for Morgan and what would be best for us.

"I think you'll find a huge majority of chairmen, chief executives, players, managers very disappointed on deadline day, regardless of their situations, so it is what it is.

"Morgan was fully aware of the situation the whole time. I spoke to him on deadline day on numerous occasions.

"He’s trained really well and he’s part of a long-term plan for this club. He knows the things we think he needs to improve on to play regularly in this team.

"If there comes a point where the best thing for Morgan is to go out and play games like Kyle Joseph and Ollie Cooper have done, that's what he'll do. At this minute of time, we feel the best thing for him is to be here, be part of it and train every single day and find out where his 100% is.

"I think he’s been caught in between 23s and first team football at his previous club with real potential and promise.

"He’s come here and needs to turn himself into a first team player, but we really enjoy working with him."

Swansea return to action against Hull City on Saturday afternoon.

The Swans collected four points from their opening five Championship matches in August, although their squad is significantly healthier following the international break.

New signings Rhys Williams, Michael Obafemi and Olivier Ntcham are all available to face the Tigers while Ben Cabango and Flynn Downes have recovered from Covid-19.

Kick-off at Swansea.com Stadium is at 3pm on Saturday.