The fourth season of Ru Paul's Drag Race UK is set to return to BBC Three on September 22, 12 months on from the explosive third season where Krystal Versace became the next Drag Race Superstar.

A group of new queens will fight it out to make Drag Race 'herstory' in the upcoming season with the hope to follow in the footsteps of The Vivienne, Laurence Chaney and last year's youngest-ever Drag Race winner, Krystal.

The new series was announced on September 1 as BBC Three confirmed that 'Mama Ru' RuPaul Charles, Michelle Visage, Alan Carr and Graham Norton would be back on the judges panel alongside a special guest each week.

But who is in the cast of Ru Paul's Drag Race UK and who will star as a guest judge this season?

Who is in the cast of Ru Paul's Drag Race UK season 4?

12 new queens will 'take it to the runway' in the latest season of Drag Race UK.

Baby is a 25-year-old drag queen from South London and she describes herself as "London’s afro-punk princess".

She also describes her drag as "pretty, punk and Black" as she loves to represent her culture, adding: "I love playing in the area where black culture and alternative culture meet."

Black Peppa is a 29-year-old from Birmingham and she describes herself as a "creative genius".

The drag queen has been performing for two and a half years after she quit her job in a bank to pursue her drag career.

Despite serving high glamour, Black Peppa got her drag name from a surprising source: Peppa Pig.

She said: "Peppa pig is the OG and that is why I’m 'Black Peppa' with a twist!"

Cheddar Gorgeous is a 38-year-old who lives in Manchester and describes herself as the 'Queen Bee' of the city.

A legend on the cabaret scene, the drag queen has also previously been the star of a drag makeover TV show.

Copper Topp is a 38-year-old drag queen from Cheltenham who describes herself as "the feel good ginger of drag".

Copper's drag is inspired by British camp icons like Julie Walters, Victoria Wood and the Cheeky Girls, and during her performances, she loves to surprise an audience by going into the splits as part of her "camp and physical shows."

Dakota Schiffer is a 22-year-old queen from Sussex, who is making Drag Race 'herstory' by being the first transgender queen on the show.

Dakota describes her drag as "a love letter to the 60’s and the 90’s" as she claims to be "generation Z’s answer to Sharon Tate".

Danny Beard is a 29-year-old from Liverpool who describes their drag as "Sassy, shady and stunning!"

Danny is the first bearded contestant to star on Drag Race and they said: "I love having a beard, mixing genders and putting them in the blender. "My drag is about throwing the rulebook out the window."

Jonbers has been doing drag for 14 years and her drag name comes from a night out with her friends.

She said: "One night, I was at my friend's house dressed to the nines and I came down the stairs and my friend's dad looked up from his paper and said, ‘Jonbers, looking like that you’re going to get very lucky!’ and since then “Jonbers” just stuck!"

Just May is a 32-year-old drag queen from Essex who describes themselves as "the world's premier Geri Halliwell impersonator."

The 32-year-old has been doing drag for the last 10 years and mentioned that she is "very well known- as the go to drag host on the London circuit."

The performer added that she wanted to do Drag Race as "Geri stopped being Ginger Spice" so she "felt someone had to take over."

Le Fil is a 36-year-old queen from Yorkshire who describes themselves as "your all singing, all dancing, Chinese pop star."

"My drag is basically an amped up version of my everyday wear!"

Pixie Polite is a 29-year-old performer from Brighton who describes herself as "Big, bold and beautiful."

Pixie is known in the drag world for her "powerhouse vocals" and she has been on the circuit for the last eight years which "makes me a veteran", according to the drag queen.

Sminty Drop is a 23-year-old from Lancashire who describes herself as a "sexy cyber supermodel from outer space."

Sminty has been doing drag for the last three years and she describes her look as "Anna Faris in The House Bunny mixed with Megan Fox in Jennifer's Body thrown into the adult sized body of a Bratz doll, who has crashed landed down from Doja Cat’s Planet Her."

Starlet is a 23-year-old who lives in Surrey and describes themselves as a "living walking vintage movie star!"

Who are the guest judges on season four of Drag Race UK?

The guest judges on Ru Paul's Drag Race UK season four will change each week, with Absolutely Fabulous star Joanna Lumley set to judge the contestants in week one of the show.

Other celebrity guest judges include:

The first episode of Ru Paul's Drag Race UK season four will air on BBC Three and BBC iPlayer on September 22 at 9pm. 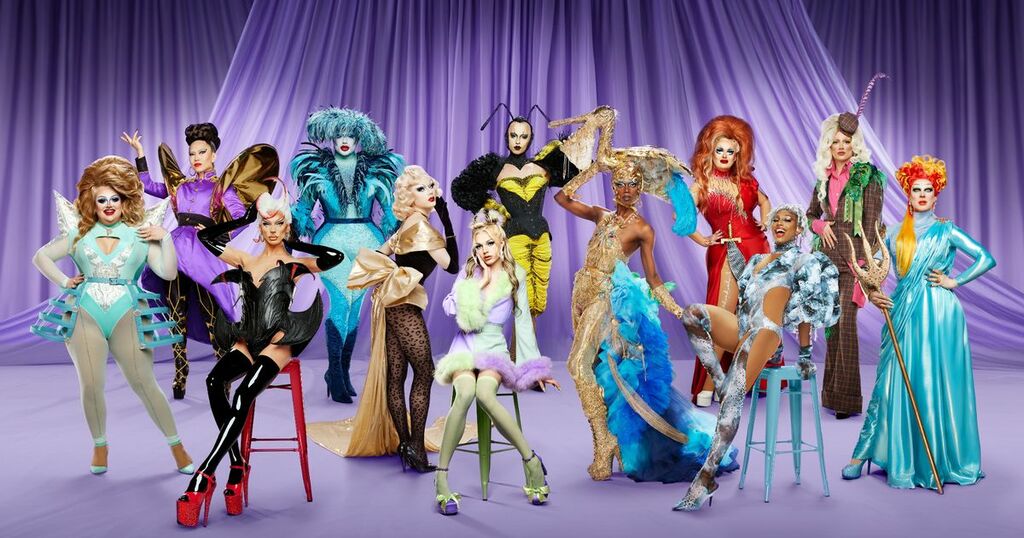 RuPaul’s Drag Race UK season 4 cast and guest judges – from Joanna Lumley to Mel B
RuPaul's Drag Race UK is finally back on our screens, giving viewers all the 'eleganza extravaganza' as the queen's fight…

Daily Mirror
One subscription that gives you access to news from hundreds of sites
When does RuPaul's Drag Race UK season 4 start?

Ru Paul's Drag Race UK star Cherry Valentine, who has died aged 28, spoke about the reason for training to…

Drag Race UK star Cherry Valentine has tragically died aged 28. In her time on the show the performer left…