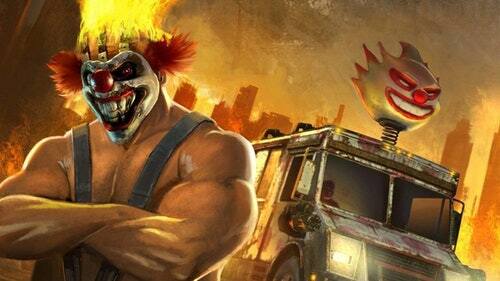 The name Twisted Metal might not mean much to the generation who grew up on Minecraft and Fortnite, but the car combat series was a key part of the PlayStation lineup once upon a time.

However, it seems that the rumored reboot of the franchise has been handed off from Destruction All-Stars developer Lucid Games to one of Sony's Europe-based first-party studios. That's according to a new report from VGC.

That report suggests that the decision to change developers was informed in part by the poor reception of Destruction All-Stars, which received mixed reviews from critics. (It currently sits at a 62 on aggregator OpenCritic, which is a pretty dismal score by video game standards.)

It's unclear which of Sony's many first-party studios will be handed the reins here, as its holdings in Europe include Housemarque (Returnal), Guerilla Games (Horizon Forbidden West), and Media Molecule (Dreams). The company recently bought a studio called Firesprite, which advertised for a "narrative adventure AAA" title back in fall of 2021. A Housemarque-developed car combat game sounds potentially fabulous, but we'll have to see how it shakes out.

If you're wondering why Sony seems strangely devoted to resurrecting a franchise that hasn't seen a new entry in a decade — which was itself a "back to basics" reboot that didn't exactly set the world on fire — it's probably because the company is producing a Twisted Metal TV show. Yes, the suits think that video game series that features a murderous clown named Sweet Tooth and a guy strapped between two giant wheels named Axel is primed for breakout success.

That series is apparently being written by Deadpool scribes Rhett Reese and Paul Wernick, so at least they know their audience. It's also worth noting that Sony hasn't even officially confirmed that a Twisted Metal reboot is in production at all, but given the swirling rumors and the money that Sony is pouring into this adaptation, it seems like a safe bet.

A steep hill to climb —

The car combat genre hasn't seen a major success in a very long time, and even series creator and one-man clown show David Jaffe has said in the past that he's not even sure how to effectively modernize the series. It's up to the eggheads at whatever studio Sony has chosen to figure that out.