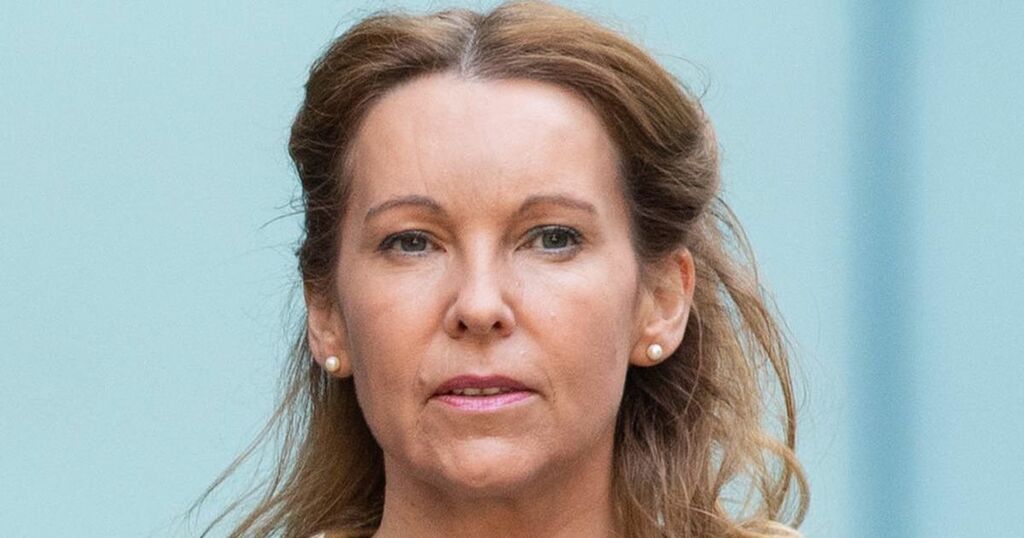 Three Tory MPs who broke Parliament's ethics code by trying to "improperly influence" two top judges have been suspended for only one day.

MPs endorsed recommendations from a damning report by the House of Commons Standards Committee to bar Natalie Elphicke, Sir Roger Gale and Theresa Villiers from attending Parliament on Friday.

However the timing means they will only miss a day of backbench legislation, which hardly any MPs traditionally turn up for, instead of crucial Government business.

The MPs had asked the judges not to release character references for Charlie Elphicke, a former Tory MP jailed for two years for sexual assault.

In a joint letter on House of Commons stationery in November 2020, they claimed releasing the character references could have a "chilling effect and harm the criminal justice system".

But the House of Commons Standards Committee has ruled they "sought to influence" the outcome of the hearing on whether the references should be released.

An excoriating report, published in July, said: "Such egregious behaviour is corrosive to the rule of law and, if allowed to continue unchecked, could undermine public trust in the independence of judges."

The watchdog recommended three of the five - Sir Roger, Ms Villiers, and Elphicke's ex-wife and his replacement as MP Natalie Elphicke - be suspended from Parliament for one day.

The other two MPs, Col Bob Stewart and Adam Holloway, were not suspended but were instead ordered to apologise to the House of Commons and to the Lord Chief Justice of England and Wales.

The Standards Committee said it singled out Sir Roger because he "still does not accept his mistake", and Ms Elphicke and Ms Villiers because they had "substantial legal experience".

Among the character references were those by four of the five MPs - those except Ms Elphicke. On the same day as their letter to the judge, the four put their own character references in the public domain "in order that we may freely express our serious concerns pertaining to vulnerable private individuals".

But the report added: "The letters signed and sent by the Members in this case were an attempt improperly to influence judicial proceedings.

"The Members concerned had several avenues open to them by which they could legitimately have raised their concern over the issues at stake in the case.

"These included making representations to the court through the proper channels, as they were invited to do, and approaching the Government’s point of liaison with the judiciary, the Lord Chancellor.

"Despite having these alternative options, they chose to write privately to two senior judges to request their intervention in a decision that properly belonged to Mrs Justice Whipple and that would be made in accordance with the court’s normal processes.

"Their letters were, appropriately, disregarded and they were rebuked by the Lord Chief Justice.

"There is no suggestion that the Members concerned actually influenced the outcome of the hearing. But they sought to do so.

"And by acting as they did risked giving the impression that elected politicians can bring influence to bear on the judiciary, out of public view and in a way not open to others."

The five MPs wrote to Dame Kathryn Thirwall, Senior Presiding Judge for England and Wales, and Dame Victoria Sharp, President of the Queen’s Bench Division, ahead of a hearing on whether to release the character references.

They said “some of the witnesses are extremely vulnerable” and had “suffered additional mental harm and distress because of the way this matter is being handled by the Judge”.

They added: "So serious a matter with such significant repercussions also should be considered further and fully by Parliament. We are all Parliamentarians".

The Commissioner for Standards found the five "attempted to interfere in a judicial process" and breached paragraph 17 of the Code of Conduct, which says MPs must not "damage the reputation and integrity of the House of Commons".

The report accepted there was never a specific rule against MPs "interfering with judicial proceedings".

It added: "The Committee is determined that there should be genuine learning and improvement from this case.

"We are already reviewing the code of conduct and will consult later this year on changes to the rules which will provide Members with explicit guidance on this."

Ms Elphicke said in a statement: "My actions were solely motivated by my duty to represent my constituents who had raised serious concerns with me. Those who approached me about this matter were private individuals who I believe have no place in the public eye. This is particularly true in the age of social media where online bullying and harassment is rife. It is of deep concern to me that the committee did not fully recognise this.

"However, as I have already acknowledged, I do recognise that there were faults in the way I set about raising my constituents' valid concerns. I regret and apologise for that and will learn from this experience in the future exercise of my duties as an MP."

All the MPs were ordered to apologise, which they have done.