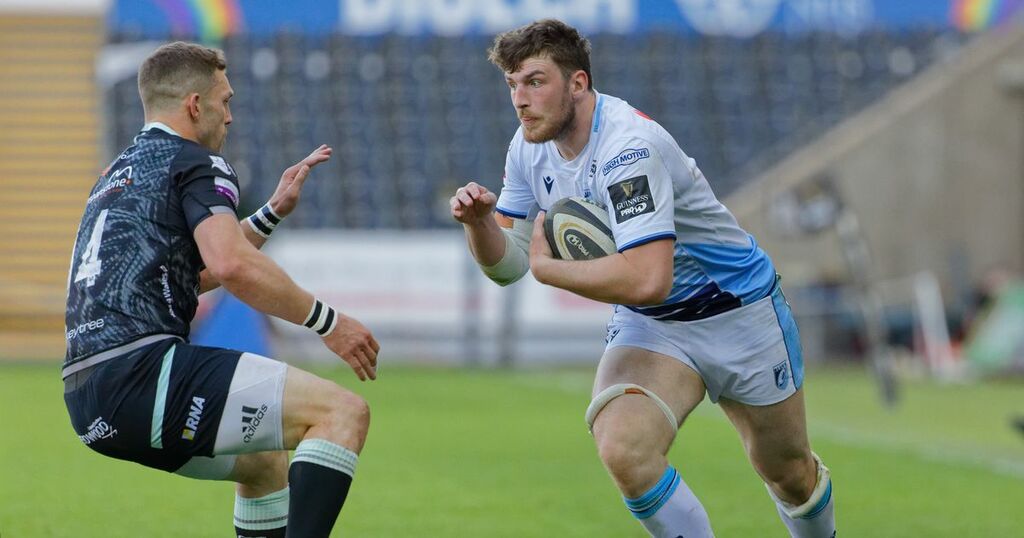 "They now have computers, data analysis, dieticians, pre-and post-match statistical graphs. In 1971, Carwyn James did all his analysis on the back of a Senior Service fag packet."

So declares former Neath and Wales back rower Dai Morris in his autobiography, Shadow.

Tongue in cheek maybe — James, the coaching genius from Cefneithin, comprehensively out-thought the All Blacks of 50 years ago, guiding the Lions to their only Test series success in New Zealand, with the triumph achieved partly through forensic attention to detail, inspired man-management and tactics which played to his own players’ strengths rather than over-focusing on the opposition.

He simply had the All Blacks’ number, first with the Lions and then with Llanelli.

That said, of course he didn’t have access to the battery of statistical help available to modern-day team bosses.

Some of those individuals wouldn’t be without all the performance figures available after every game nowadays. A few would be lost minus such assistance.

We don’t know how closely Wayne Pivac studies them.

But it seems fair to conclude he would have at least cast an eye over them after the first two rounds of the United Rugby Championship (URC).

What do they tell him?

The only surprise here is that someone else is level with Scarlets carrying machine Sione Kalamafoni, who has been outstanding for the west Walians in their games against Edinburgh and the Lions.

Against the Lions, he rescued his side from potential difficulties by picking up and charging forward from a number of retreating scrums. Such a skill is priceless to a team under setpiece pressure, as the Scarlets were throughout against the South Africans.

Like Kalamafoni against the Lions, Ratti needed to work minor miracles at the base of a retreating scrum against the Ospreys. He proved up to the job, just as he had with ball in hand against Connacht in round one.

He is a unit and he has a big work-rate. Whether he’s ready for Test rugby is another matter, but it would be a surprise if Pivac hadn’t noticed him.

The Scarlets’ McNicholl, a potential full-back starter for Wales against New Zealand on October 30, has impressed running out of defence in the early rounds of matches.

He invariably beats the first line of defence and is creative with it.

His running has put him out on his own in terms of metres made, while McNicholl looks for work with 25 carries. Hallam Amos, another in the frame for the Wales No. 15 jersey against the All Blacks, has also shown up well.

And the Bulls forward has been at it again this season.

If his carrying figures from the two rounds are good (25), his tackling stats are outstanding, with 38 hits coming from the South African.

Jac Morgan is the leading Welsh defender, with the young Osprey stopping ball-carrying opponents 34 times. What makes Morgan’s stats especially impressive is that he has yet to miss a tackle.

His team-mate Rhys Davies has felled opponents 29 times, while there’s been a notable show as well from Aneurin Owen, the young Dragon who is demonstrating courage to go with the ball-skills that were so evident during his age-grade career.

He may have been overlooked by the British and Irish Lions but Jamie Ritchie has been excellent for Edinburgh in the early weeks of the season.

Jac Morgan has been to the fore for the Ospreys in the business of achieving possession steals. Some back rowers might consider one of his turnovers against Cardiff last week a work of art, seeing the 21-year-old rise to his feet after putting in a tackle, track back, lock over a different opponent and roll clear with the ball despite the attention of two visiting players.

He came up with two further turnovers in that game.

He is known for his quick stepping but he is also adept at pilfering opposition ball.

Two Welsh players out in front here, with Lane also helping himself to three tries.

The big man is hard to stop with his pace and power but also picks some nice running lines.

Evans has looked sharp for the Scarlets, highlighted by the picture-book try he claimed in the final seconds against the Lions, with the diminutive wing showing bullet-like pace to break the defence. Nothing was going to stop him.

Rob Howley used to want Wales’ scrum-halves to try to send out 100 passes a game if the pace of a game and supply of ball allowed for that to be achieved.

So far in the URC, Tomos Williams has fired the ball out 118 times, with Lewis Jones also breaking the century mark.

It’s hard to imagine anyone other than Williams playing at scrum-half for Wales against New Zealand later this month, though Lions tourist Gareth Davies might have something to say about that.

Loaned out to the Dragons by Cardiff, Jones has started well at Rodney Parade, playing with real purpose.

One tranche of stats credits Griffiths with making 28 tackles so far this term but those figures don’t align with the URC’s. He has also made 15 carries.

Where he does figure for definite is in the lineout stats, with the 6ft 4in blindside supplying his side with ball from 13 set-pieces. He is a player who doesn’t stop grafting and he has clearly kicked on with his game from last season.

The in-form Aaron Wainwright has been prominent for the Dragons as a lineout option.

Wayne Pivac will make judgments with his own eyes rather than just rely on statistics.

But the numbers for the URC so far do suggest several young and uncapped players have been chipping in encouragingly for their teams.

At Cardiff, No. 8 James Ratti has caught the eye as a strong ball-carrier, while at the Dragons the 20-year-old Aneurin Owen has been piling up the tackles.

He isn’t alone in that respect, with Jac Morgan’s once again proving an excellent all-round defender, achieving turnovers and making multiple hits, with team-mates Rhys Davies and Will Griffiths also prominent in repulsing opposition attacks.

Griffiths, too, has provided the Ospreys with a safe lineout option.

Will any of the above make the cut for Pivac’s autumn squad?

Hard to say, but all concerned are putting their hands up.

For Pivac, that has to be a plus.