Rugby: Sam Whitelock rejoins All Blacks squad in Australia after birth of daughter 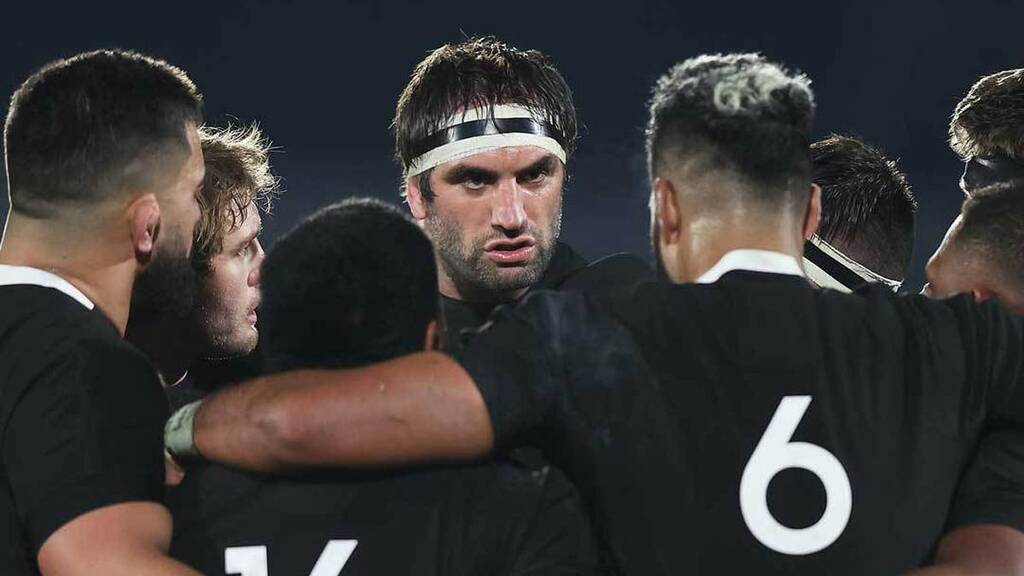 A proud parent for the third time, Sam Whitelock is ready to wing his way to Queensland where he will rejoin the All Blacks after two weeks in hotel quarantine.

Whitelock was one of three influential All Blacks – Richie Mo'unga and Aaron Smith the others – to remain in New Zealand for the birth of their respective children while the team departed to continue their Rugby Championship campaign in Perth two weeks ago.

The All Blacks centurion, and stand-in captain before Ardie Savea assumed the reins in the 38-21 victory, was the first to add a new addition last week when he and wife Hannah welcomed daughter Penelope, expanding their family that already includes son Fred, 4, and daughter Iris, 2.

Premium: 12 questions with All Black David Havili: 'I didn't know if I would play rugby again'

"Anyone who is a parent knows how special it is," Whitelock said. "It's amazing watching my wife and what they go through during birth but it's all worth it."

With New Zealand in lockdown at the time, this birth was decidedly different to the first two.

After Fred's arrival, Whitelock recalled playing for the Crusaders against the Highlanders the following day and after Iris leaving sharply for South Africa. This time, stipulations were such he could not leave the hospital after arriving which afforded quality time with his new daughter.

"It was nice to have a couple of days with Hannah and Penelope in the hospital to soak it all in and have a day to stop and not train and worry about the other two. The neighbours were outstanding we had to merge bubbles so they were safe and sound there."

Whitelock leaves Auckland this Saturday and is targeting a return for the second test, and final Rugby Championship fixture, against the Springboks in the Gold Coast on October 2.

He admits his departure brings mixed emotions. Whitelock won't return home until early December following the end of the All Blacks northern tour – and another two-week stint in hotel quarantine in New Zealand.

"It's going to be pretty challenging what that looks like for me leaving the family but also for in those two weeks where I've got to train in a small hotel room.

"It's always hard no matter what scenario it is. If you look back through the history of All Blacks and sporting people being away some people got on a boat and when they got home they were handed a six-month-old child and told 'this is your daughter or son'."

"Times have changed a little bit, but it feels a bit that way. Once I go I won't see the family for a while but that's something a lot of not just sports people are dealing with. I didn't make the decision lightly about going but at the same time I've got to do my job.

"It's a hard one leaving one family to re-join another."

Given the tight timeframes and challenges getting physically ready for the second Boks test, Whitelock considered skipping the Rugby Championship to meet the All Blacks in Washington DC for the start of their five-match northern tour.

In the end, though, the desire to test himself against the world champion Springboks, who defeated the British and Irish Lions 2-1 in July, was too compelling a prospect. After 127 tests, Whitelock remains determined to treasure every chance he gets.

"It's pretty easy to get excited for them. If I was a 19-year-old kid would I do it? Instantly you'd say yes, so that's something that's definitely going through my head. Every test is so special so you never want to take one for granted. If there's an opportunity to get on a plane and play I'm going to do it."

Whitelock emerges from quarantine on September 25, day of the 100th test between the All Blacks and Springboks in Townsville, giving him one week to be fully conditioned for the second test.

When not on family duties, All Blacks trainer Nic Gill flogged Whitelock over the past two weeks and he is embracing the challenge of maintaining elite fitness during quarantine in Queensland.

"I've looked at it a little bit like a boxer. Those guys don't run too far – they're in a small ring – but they can be really fit when they get out. Having the goal to be as close to 100 per cent ready to go is what I want. I've got to do that if I want to be available for selection.

"I'm sure there will be a couple of nasty things they'll have lined up because I won't be able to do weights or get out on a rugby field so there will be heaps of down ups."

Quarantine will, at least, allow Whitelock more sleep than he would be getting at home.

"The reality is when Penelope wakes up she doesn't want me she wants Hannah. My job has been looking after the other two.

"Fred hasn't really changed at all but Iris being two, she is just starting to rebel a little bit she wants a little bit more attention so it's been about trying to get her to understand this is the family now and she's not the baby is the biggest challenge, but it's great to see the kids interacting together."

In Whitelock's absence his mother will travel from the family's Feilding farm to Christchurch to offer support while Hannah's parents remain in Auckland lockdown.

Waving goodbye this weekend will be difficult, of course, but Whitelock knows his expanded family will survive and the fort will be intact on his return from tour duties.

"She's like any of the other partners and wives they're going to find it really hard but support and getting that plan in place is really important."