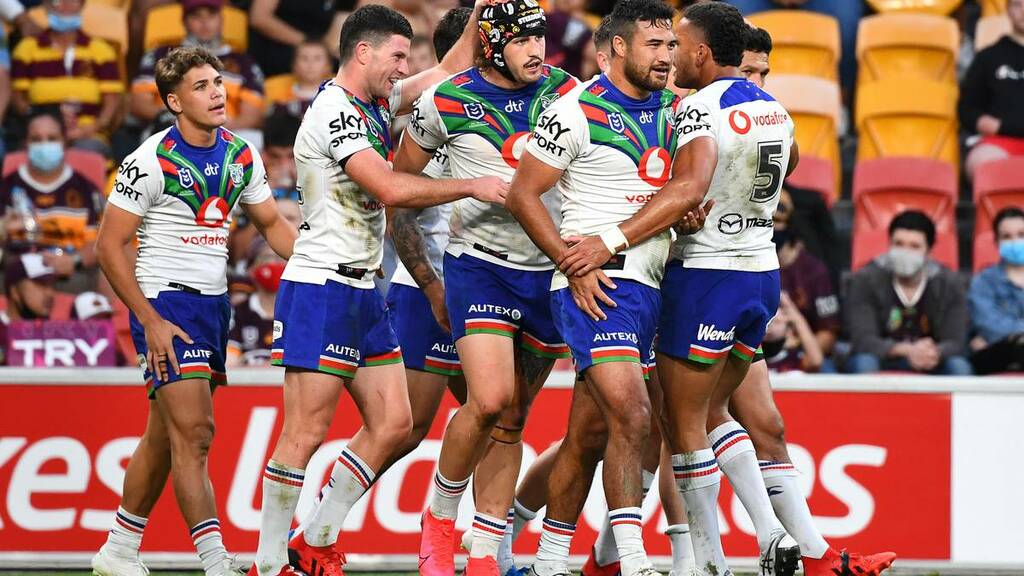 Several of New Zealand's top rugby league players have made a plea to the Government to help nine fully vaccinated Warriors staff members to return to New Zealand.

This week, the Warriors announced that despite being hopeful of bringing some games to Auckland, they would be basing themselves in Australia full-time for the third straight season in 2022.

With the desire to not have a broken up preseason as they did leading into the 2021 campaign where half the group began training in Auckland and the other half in Australia, and a return to New Zealand out of the question due to the ongoing border uncertainty, the Warriors have committed to Redcliffe, north of Brisbane, from the start of pre-season on November 8th to the end of their campaign.

With just over a month before the start of the preseason, several players including Warriors stars Jazz Tevaga and Addin Fonua-Blake, Melbourne Storm hooker Brandon Smith, and former Warriors fullback Roger Tuivasa-Sheck have called for compassion from the Government.

Players all posted about the issue on social media, which each sharing the same statement.

"The last 2 NRL seasons have been like no other. 2 countries, 2 states, 8 relocations and 8 weeks of isolation. To represent the only New Zealand team in the NRL is an extremely proud and humbling feeling. Knowing that we represent our country every time we put the uniform on is a responsibility that we feel grateful to have," the statement said.

"This isn't just about the NZ Warriors players, this is about the "Real Warriors", the people working tirelessly and selflessly behind the scenes. Who have our backs, win or lose, who do their jobs no questions asked. They show the true nature of being a New Zealander. It's our turn to work tirelessly for them. Please @jacindaardern @chrishipkinsmp @grantrobertsonmp help our 9 fully vaccinated staff members get home to our country, whom they have represented admirably and with pride. Please help them get back to their families."

It comes after Covid-19 Response Minister Chris Hipkins earlier this month announced an extension on the pause on issuing MIQ vouchers for Kiwis overseas wanting to come home. New spaces are expected to become available before the end of the year, however right now people wanting to return to New Zealand are unable to try and acquire an MIQ voucher.

Warriors chief executive Cameron George admitted he anticipated some of the team's staff would not remain with the club due to the fact they would have to spend another year away from their families.

While the 2021 season saw the Warriors plan to return to New Zealand – although that plan was ultimately derailed – that idea is off the table in 2022 and the club hopes to be able to instead host up to six home games at Mt Smart Stadium, for which they will fly in and out of New Zealand.

"The moving around creates so much instability, with everyone living out of suitcases," George said. "I've seen children start school and have to move again; partners try to get work but unable to because of the short-term nature.

"It's been really difficult and we have seen the impact it has had on the playing group and staff. We wanted to eliminate that risk and movement as much as possible."