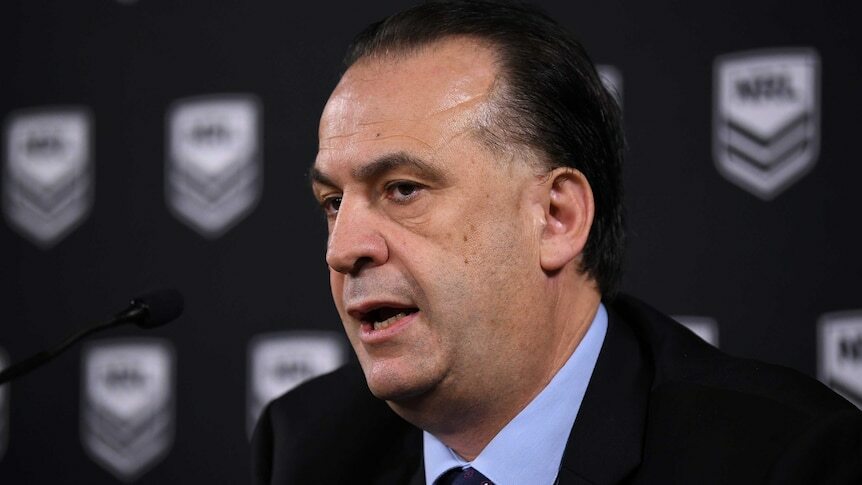 Australian Rugby League Commission chairman Peter V'Landys is pressuring NRL players to be vaccinated against COVID-19 ahead of next season.

The finals begin this weekend, but the NRL is concerned about next year's competition, given unvaccinated players will not be able to travel or may not have the same freedom as others based on indications from government.

V'Landys told Channel 9 on Thursday morning he will not force vaccinations, but called on players to get them.

"I think they're going to have to come to the party because they won't be able to travel, between states, between countries," he said.

"It will be a natural progression where, if they want to play rugby league or play sport, they're going to have to vaccinate.

Some players in teams that have not made the finals are already receiving vaccinations and a widespread education campaign is under way to inform players about the merits of vaccination.

The NRL itself says three-quarters of its staff have already received their first dose.

It has declared it wants to be the first sports organisation in the country to reach 100 per cent compliance.

"So the destiny's in their own hands."

Some AFL clubs already eliminated from this season's AFL competition have promoted their vaccination coverage, including the Sydney Swans and North Melbourne.

Both the AFL and the AFL Players Association are developing policies around vaccinations, but are not going to make vaccines mandatory.

The game is still working out how it will operate with unvaccinated players in its playing ranks.

Other leagues are coming to terms with the reality that some players will not get jabs.

The NBL is considering including replacement players in squads to cover for those unable to travel.

In the American NBA, which is starting in October, fully vaccinated players and coaches will not be subject to regular testing.

However, those who are not fully vaccinated will need to be tested on all days involving practice or travel and likely will be tested twice on game days.

They will also have to wear masks at team facilities and during travel, while teams will likely have to arrange seating in travel, meals, meetings and even locker rooms so that players who are not fully vaccinated are not seated next to other players.