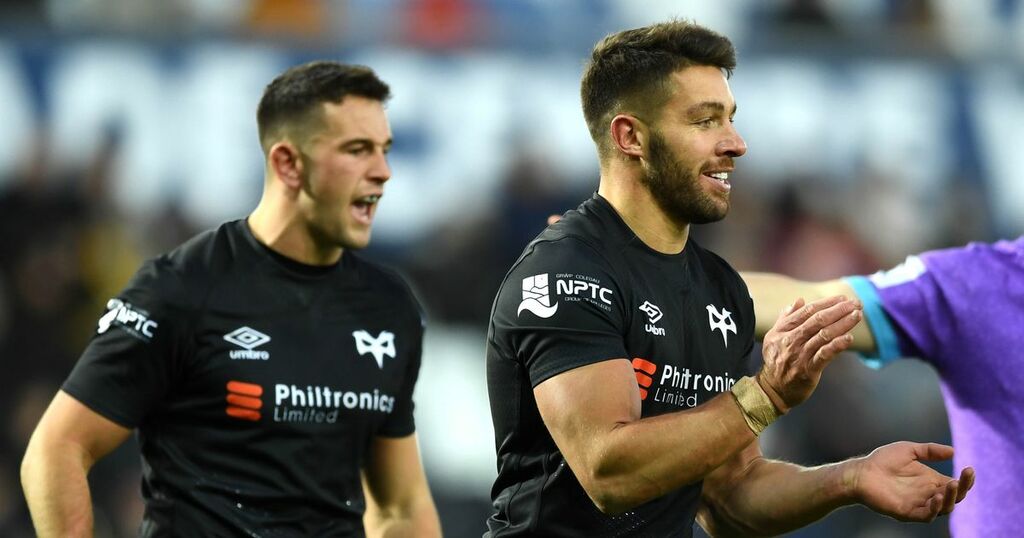 Here are your evening headlines for Friday, 7 January.

European rugby fixtures to go ahead

The next two rounds of the Heineken Champions Cup and Challenge Cup will go ahead after European rugby bosses received vital travel exemptions from the French government.

Following urgent negotiations, rounds three and four of the pool stage, which were thought to be in danger, will go ahead.

Last month, seven fixtures between French and UK teams were postponed at the last minute after the French government imposed tough new border controls in response to the rising number of Omicron variant cases.

But, with the Scarlets set to travel to Bordeaux in a week's time and the Ospreys hosting Racing 92, those games have now been given the green light.

"EPCR is pleased to clarify that pool stage matches in Rounds 3 and 4 of the Heineken Champions Cup and EPCR Challenge Cup are set to go ahead as scheduled," a statement from tournament organisers EPCR said.

"Following dialogue with the leagues and unions, EPCR has been informed that exemptions for what is termed the "pursuit of an economic activity" which have been put in place by the French government will apply to clubs and match officials who are travelling between France and the UK.

"Further information will also be sought from the French authorities regarding possible new conditions which may be applicable to travel between France and the UK.

"While recognising that these are particularly challenging times for all its stakeholders, EPCR will continue to work with the leagues and unions so that this month’s matches can be played safely.

"The leading eight Heineken Champions Cup clubs from each of the pools will qualify for the knockout stage, and with 10 clubs progressing to the Challenge Cup Round of 16, plus a further six qualifiers from the Heineken Champions Cup ahead of the Marseille finals next May, EPCR is optimistic that this season’s tournaments will be played to a successful conclusion.

"In addition, discussions are ongoing regarding the five Heineken Champions Cup and two Challenge Cup Round 2 fixtures which were postponed due to unforeseen circumstances arising from changes to border controls between France and the UK. No further comment will be made at this time."

Cardiff fly-half Jason Tovey has taken a dig at the Welsh Government on social media.

There's currently a fair amount of tension in Welsh rugby, with the Welsh Government's current Covid restrictions opening up the possibility of Wales' Six Nations matches being played behind closed doors.

With the four regions already without fans, no crowds in the Six Nations would have a huge financial impact on Welsh rugby.

There also remains unhappiness among players with how the Welsh Government dealt with Cardiff and Scarlets getting stranded in South Africa towards the end of 2021.

Tweeting out a story headlined ' Welsh Government tell WRU they will be 'disappointed' if Six Nations games are moved to England amid cash warning ', Tovey tweeted: "Don’t worry we were disappointed when you left the boys in South Africa but that didn’t stop you did it."

Ireland legend Paul O’Connell will not be taking the Munster head coach job after ruling himself out of the running.

The former Munster captain - who also led his country and the British and Irish Lions - said he feels he’s not qualified to take over from Johann van Graan at the end of the season.

“Well, look, I won’t be doing it,” O’Connell told The 2 Johnnies podcast.

“I wouldn’t be qualified to do it. I was saying the other day, it’s like a guy if you were good at pulling pints being asked to run the bar! They’re two different things. I don’t know who will end up doing it.

“I don’t know. Munster is a very special thing to me. I’d have to feel very right and very qualified to go and do it.

“I just have the most amazing memories with Munster and I’d hate to ever hurt them by getting involved and not doing a good job of it.”

Cardiff and Ospreys have named their teams ahead of the weekend's URC action.

The Arms Park outfit travel to Edinburgh, while the Ospreys are also in Scotland to take on Glasgow Warriors.