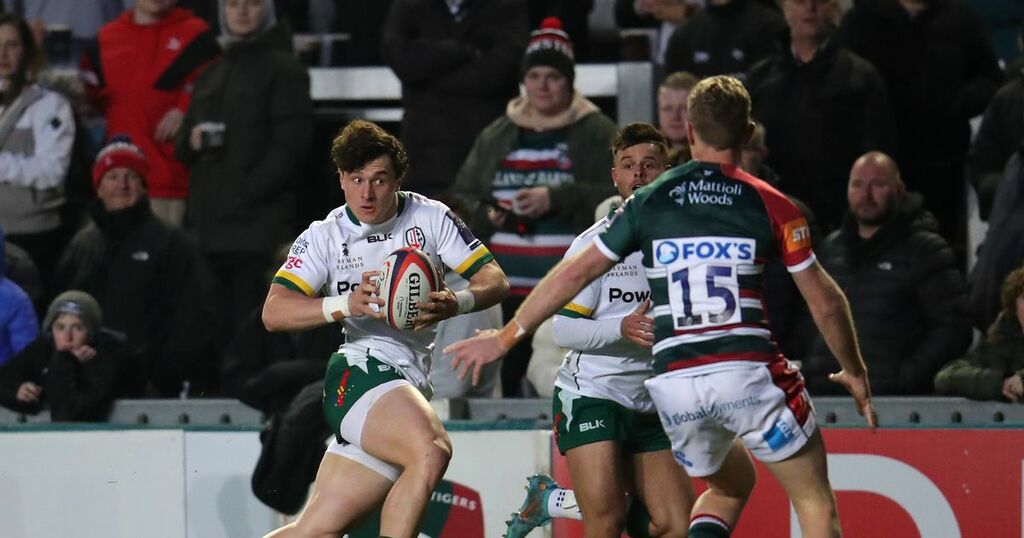 The Irish province are aiming to match Toulouse’s record of five European titles. 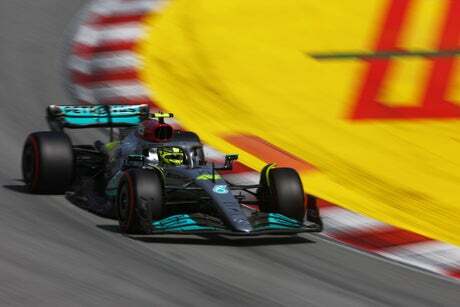 How to watch F1 Spanish Grand Prix today: TV channel and live stream for sixth race of 2022
The sixth race of the 2022 Formula One season takes place today with Charles Leclerc on pole for the Spanish…

Autosport
From analysis to good news, read the world’s best news in one place
Alonso to start last in Spanish F1 home race after engine change

Here are your rugby evening headlines for Friday, 13 May.

Warburton excited by jeopardy of relegation

Former Wales captain Sam Warburton believes a new global tournament that could see the Six Nations and Rugby Championship giants relegated can only be good for the growth of the sport.

The sport's leading unions met this week in Dublin, with World Rugby keen on getting plans for a new two-tiered biennial tournament signed off ahead of a potential vote later in the year. As well as aligning the global calendar more closely, it would open up the prospect of tier one nations such as Wales being relegated to a lower tier - meaning they would play tier two nations in summer and autumn Tests.

However, Warburton believes this would actually add to the jeopardy of Test rugby - claiming that matches against tier two nations with promotion and relegation on the line would mean more than the usual tours of fellow tier one countries.

"If countries don’t like this, and I am thinking about Wales here, then tough," he wrote in his column for the Times. "It should sharpen their minds to improve their rugby programmes and business models to ensure that they don’t get relegated. Life is about sinking or swimming. It can hopefully precipitate change in countries where it is obviously needed.

"If Wales are not good enough, then they should get relegated. As a Welshman if Wales were playing Georgia, Spain and Italy in three Tests in a summer and they needed to win all three to get promotion, I would be supporting them every week. I think it is a great idea. I know that there will be those who don’t like it, but I just think that the game needs it to avoid complacency across the board.

"I think the players will like it. They want to play in meaningful matches. Are three Tests in South Africa this summer for Wales, who probably will not be anywhere near full strength, meaningful? It is going to be so tough for them. Too often the summer tours can feel a little like they lack relevance and are just cash cows. Yes, you are playing for rankings points, but they can be a little dull. For instance I would have loved to have gone away to Georgia and play in Tbilisi in a match that had real bite and significance."

Warburton also noted that playing just three autumn games rather than four "might not sit well with the administrators in Wales", but added it would be good for player welfare - having described Wales' autumns as "undoubtedly the hardest campaign of the year".

Eddie Jones appears to have made his first move for London Irish teen Henry Arundell on a visit to the club.

Arundell, who qualifies for England, Wales and Scotland, is the talk of rugby right now after scoring one of the greatest tries in recent memory against Toulon last week. He is now being tipped for a summer international call-up, with a number of options available to him.

England is expected to be his preferred option, having represented England U-20s, and Irish coach Declan Kidney has revealed Jones has been in touch.

“Eddie was over with the club last week and we went through a number of the players that we had,” Kidney said.

“That is the comment that I am making, the fact that we had the English coach coming to London Irish to discuss a number of our players is a good thing for the club.

“Henry [Arundell] was one of them and we gave him our insights to that but Eddie is a strong enough person to make up his own mind as to what is the best for Henry’s development.”

The two-time Olympian will miss the rest of Bristol Bears’ Allianz Premier 15s campaign, but is expected to have recovered in time for the Rugby World Cup in New Zealand later this year.

“It was the right time to get this fixed in order to give me the best chance to be in the form of my life for Rugby World Cup,” said Joyce.

“We have all of June off anyway and my rehab plan should see me return to a graduated training programme during our pre-season block in July.

“I’m hopeful that all being well I will be available for selection for the training camp and Test match in Canada in August but I know there could be knock backs along the way. The key for me was to get this sorted now to give me the best opportunity to be flying come September.

“I’m gutted to miss Bristol Bears’ push for the top spot in the Allianz Premier 15s but if I didn’t have the op now I would miss this window of opportunity and would risk missing more rugby if I delayed it until after the World Cup.

“I have every faith in every one of the Bears’ players that they can get the job done at Exeter on Saturday and go into the semis as second placed team. All of these games will be tough now and it will be down to every team to take their chances on the day.

“I’m lucky I have the support of the WRU’s full-time programme and will be doing everything I can to get back as soon as possible. First it’s full rest but I expect to be on the bike within a couple of weeks, providing the medical staff are happy.

“Injuries are always tough mentally so I will make sure I stay connected to my team mates along with my family and friends, plus I have my dog Nala to keep me company!”

Leinster centre Garry Ringrose is well aware that his side are facing “the very best in Europe” as they host Champions Cup holders Toulouse this weekend.

The 2018 champions will battle it out with Toulouse at the Aviva Stadium just a week after the French outfit overcame Munster at the same venue in a dramatic penalty shootout. Whoever wins will be heading to the final in Marseille, where they'll meet either Racing 92 or La Rochelle.

“Toulouse have a lot of quality, with the ability to score from anywhere on the pitch. They keep the ball alive and play after contact,” Ringrose told EPC Rugby ahead of this weekend's semi-final.

“They have a sixth sense, an instinct to find each other. They are perfectly synchronised and are very difficult to stop.

“We once again have the opportunity to achieve great things in this competition.

“Playing against Toulouse – a club with a rich European history, the only team with five stars on their shirt – will be a test against the very best in Europe.

“Everyone arrived on Monday morning (after Leicester) with aches and pains. But in terms of energy, motivation, the group is looking forward to Saturday.”

The Irish province are aiming to match Toulouse’s record of five European titles.