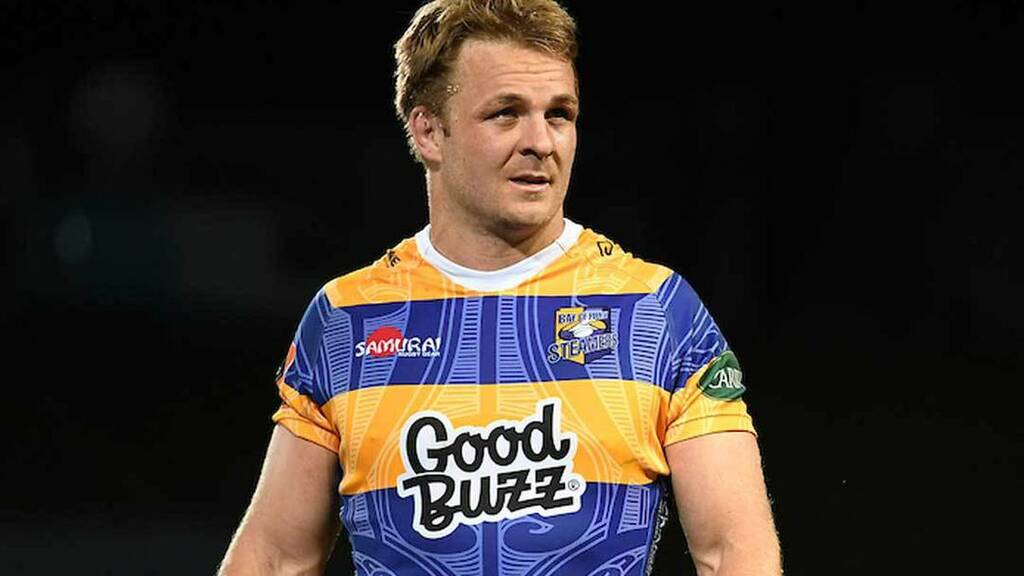 All Blacks captain Sam Cane has timeframe to return to rugby after suffering a pectoral injury in March.

Bay of Plenty coach Daryl Gibson says Cane has been training with the side but is still a few weeks away from returning.

Cane has brought a revved up training standard to the Steamers as they prepare to challenge for the Ranfurly Shield against Hawke's Bay on Sunday.

"He's in the squad. Probably around three or four weeks away from playing. So right in that tail end [of the season]," Gibson told the Country Gold Breakfast.

"He's really lifted training, obviously having the All Black captain in our team is a real lift for our players. Certainly to see him train at the intensity he trains at for our younger players and even our senior pros, to know that's the level you've got to be at if you want to be at the very best."

Cane told the Herald earlier this month that he was planning to play for the Steamers in the first or second weekend of October before linking with the All Blacks who are scheduled to play the USA in Washington DC on October 23 before travelling to Europe.

Sam Cane: The hardest part of captaining ABs - and why I turned to Richie McCaw

Gibson said he was impressed with the way his side returned to training following the three-week lockdown which gave the squad a chance to come back fully fit after injury niggles looked to derail their season.

"We gave the boys their training schedules and left it up to them. Checked in with them every now and then to make sure they were going well. To a large extent, we left them alone and really pleased with how they've come back in."

"Makes those three weeks all more worthwhile to come out of lockdown and the prospect of a Shield challenge, certainly is an exciting prospect for the team," he added.

Bay of Plenty then host Taranaki next week but the remaining schedule for the NPC has yet to be determined as New Zealand Rugby await the Covid-19 Level restrictions in Auckland which mean Auckland, North Harbour and Counties Manukau can't take part in the competition.