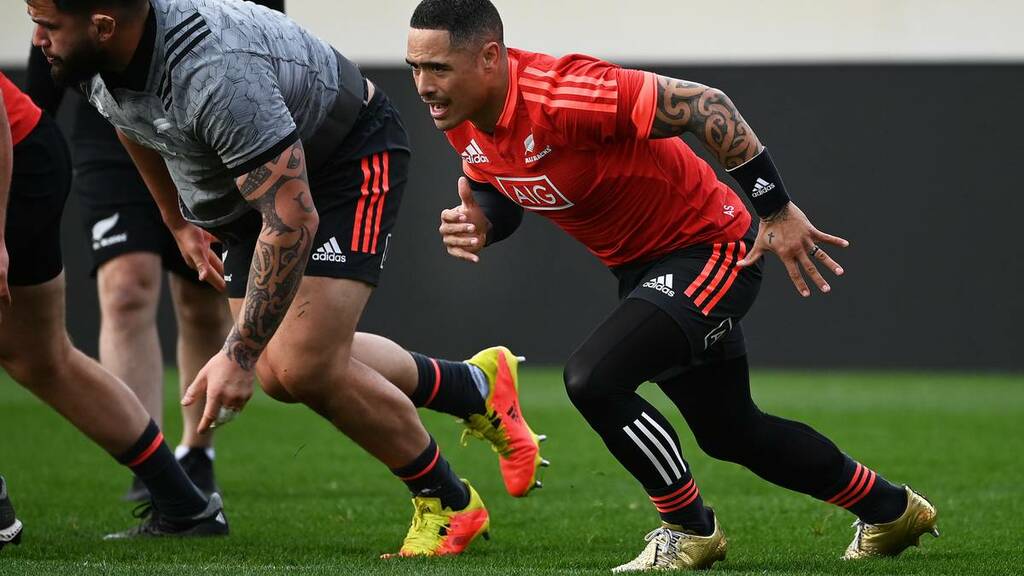 All Blacks hooker Dane Coles has predicted if anyone in the All Blacks takes up the opportunity to don tights during a test, it will be someone in the backline.

This week, World Rugby announced male rugby players will be able to join their female counterparts in wearing tights or leggings in matches, with worries about cuts and abrasions from artificial turfs seeing a change in laws to allow all players to wear them as a preventative measure.

The decision comes after several players in the northern hemisphere voiced their concerns about having to play on the increasing popular artificial turfs, with England prop Joe Marler and Exeter Chiefs back Jack Nowell among those to make their stances on playing on the turfs loud and clear.

With the change in rule, the All Blacks will be able to don compression pants for tests on their upcoming Northern Tour.

When asked about the rule change ahead of heading out to join the team in the United States, Coles chuckled and was doubtful anyone in the All Blacks front row stocks would be taking up the opportunity.

"I think the front rowers will be having a meeting, and no front rower will be wearing leggings in the All Blacks, that's for sure," Coles said.

"You could probably pick them on one hand (who will wear them), I reckon. Either Beaudy (Beauden Barrett), maybe not Beaudy, or Rieko (Ioane) maybe. It will be a back, 100 per cent."

The All Blacks begin their Northern Tour next Sunday with a test against the United States in Washington DC, before heading to Europe for games against Wales, Italy, Ireland and France.

It will be the first time the All Blacks have taken on northern hemisphere opposition since the Rugby World Cup in 2019, with the Covid-19 pandemic ruining all chances of cross-hemisphere competition in 2020.

Coles said it was exciting approaching the tour with no recent first-hand experience against their upcoming opposition.

"I've seen a bit of the Six Nations and the British and Irish Lions tour as well. I think it's a bit of an unknown to be fair having not played them for a while.

"Once we get over there, we'll see a bit of footage, but I reckon there's a real excitement, too, playing teams we haven't played for a couple of years, and being in different countries and stuff like that. Even though it's a bit restricted, especially for myself and guys who haven't played, there's an excitement in playing different teams."