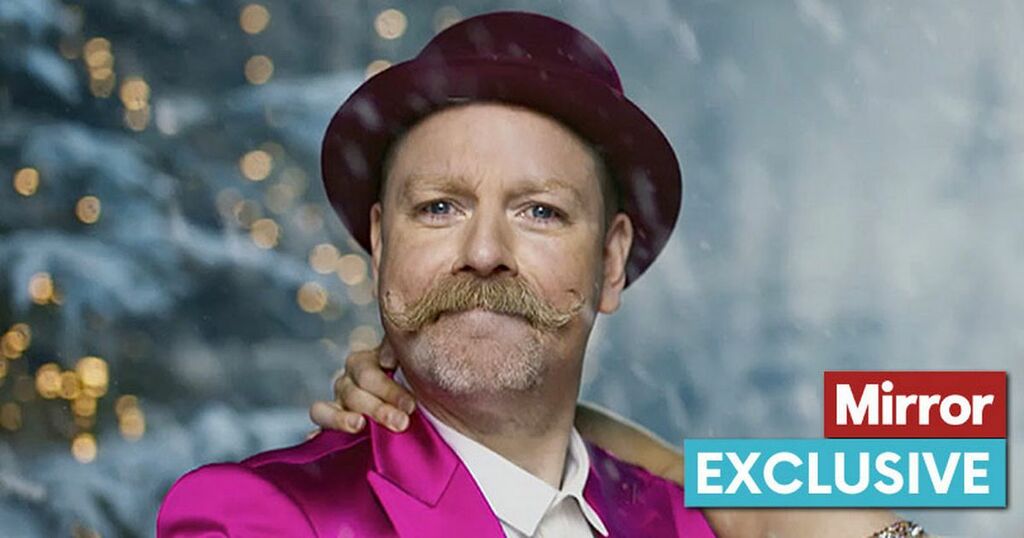 Rufus Hound has apologised after becoming embroiled in a race row over his upcoming role in Aladdin.

The comic was accused of “perpetuating racial stereotypes” by using “yellowface” and black eyeliner in a poster.

It is the second time this year he has been accused of racism on Twitter after historic tweets resurfaced – leading to calls for him to be kicked off Dancing on Ice in January.

The 42-year-old is due to play magician Abanazar in the panto Aladdin at Peterborough’s New Theatre in December.

One critic accused him of wearing “racist make-up”.

Hound issued a rambling 850-word apology saying he was in tears over the reaction, branding himself a “little old chimp brain”.

He explained that he had put on the eyeliner himself just to make his eyes “look as menacing as possible”. He added: “At no point did I think it was yellowface or anything near… Seeing it now, I get it.”

The comedian tweeted that he “completely understands” the accusations of racism. He wrote: “I was sat here, having a cry and not knowing what to do about it.

“Being turned on by your own tribe f*****g hurts. To have people whose voices I listen to and amplify assume the worst of me absolutely kills my soul.”

Following the outcry, the theatre has changed the picture of Rufus to one without eyeliner. A spokesman said: “We overlooked an important mistake here. We are sorry for this oversight.”

Producer Matt Brinkler said: “On behalf of RED Entertainment, I would like to apologise for any offence caused.”

The comedian came under fire in January when a newspaper published 2012 tweets by him using the n-word and p-word as he appeared in Dancing On Ice, the ITV hit hosted by Holly Willoughby.

He admitted they were “stupid and hurtful” but explained that comedy was “darker and edgier then”.