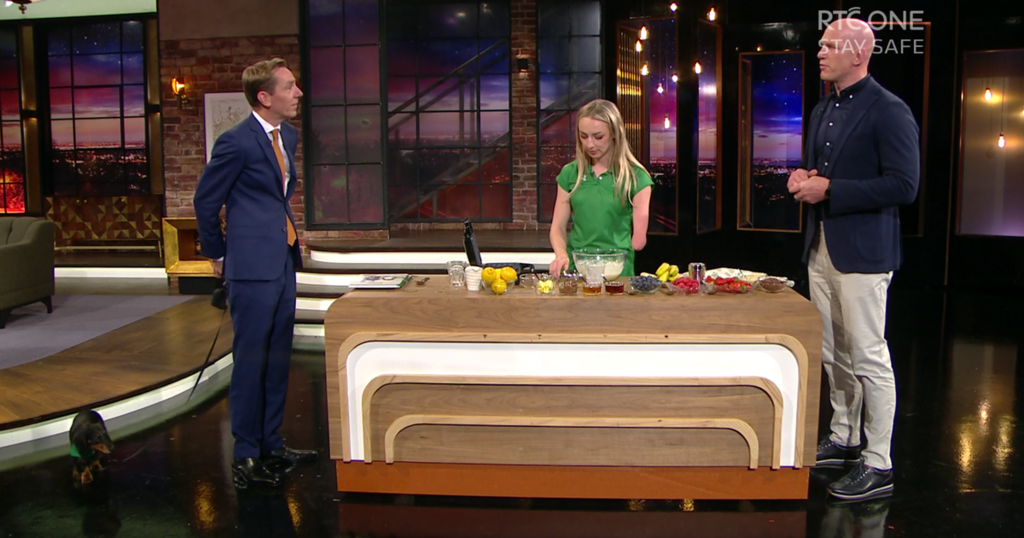 Ryan Tubridy has responded after one viewer was "unimpressed" with his Late Late Show performance.

The RTE star was joined for a cooking segment of the show by Irish Paralympic hero Ellen Keane and her sausage dog Denny.

However not everyone was bowled over by the touching scenes, as Tubs demonstrated in a video to his Instagram story on Saturday night.

However the broadcaster didn't appear to take the ruff criticism to heart, as he accused his "favourite dog" of a "canine eye roll".

He wrote: "I love how unimpressed my favourite dog (who isn't mine) is... #canineeyeroll."

It comes as Late Late viewers all noticed the same thing about one guest who dominated the first half of the programme.

People at home watching the RTE chatshow were quick to take to social media as they also made some observations about presenter Ryan Tubridy.

The programme marked the second show of the season and started with some of Ireland's Paralympic heroes regaling their experiences in Tokyo after taking home a huge medal haul.

Irish rugby legend Paul O'Connell played a prominent role in the early part of the show, not only speaking alongside Joanne O'Riordan, but also in a solo interview.

And people were quick to point out his strong presence on our screens.

One person said: "Paul O'Connell has got more camera time than Ryan tonight."

A second said: "Obsessed with Paul O'Connell having 3 different segments on the same show."

A third added: "Paul O’Connell has just broken the record for most appearances in a single Late Late."

Some viewers were also raging that there was no segment on Saturday's All Ireland football final between Mayo and Tyrone.

One social media user said: "Is it a bit weird that on the eve of the final of our national sport there is no segment on GAA but a full rugby interview instead...."

A second said: "Night before the All Ireland final and the only mention of Tyrone v Mayo so far is in the phone-in competition."

Another added: "Anything to be said for a bit of GAA on Christmas Eve?"