Ryan Tubridy refused to make a comment on Kay Burley's age during her RTE Late Late Show appearance, in a thinly-veiled reference to the recent fallout over a ‘misogynistic’ age question.

Last month the chat show host clashed with Derry Girls star Jamie-Lee O’Donnell, where she hit out at the presenter for asking her to disclose her age on air.

Tubridy was keen to avoid a similar controversy on Friday night while chatting to Sky News presenter Kay Burley.

The British broadcaster, 61, was talking to Ryan about how she had been working in journalism for 40 years when she invited him to comment on how she looks young.

"I love my job," she said. "I don’t get up thinking, 'Oh my goodness I’ve got to do three hours of live telly', I just think I’m so incredibly privileged. It is a long time."

She paused and jokingly said to RTE's Tubridy: "This is where you say I don’t look that old."

Tubridy quipped back: “Oh no, I actually don’t comment on age anymore... probably a wise thing.”

Meanwhile, viewers watching at home appeared to have picked up on how he avoided the topic, with one person writing: "Good on ya Ryan (the age quip) #latelate."

This comes following a storm of controversy last month when Tubridy got into hot water after asking Derry Girls’ star Jamie-Lee O’Donnell her age.

The 30-year-old actor, who plays loud-mouth teen Michelle Mallon on the Channel 4 sitcom, hit back when Tubridy asked her a question which she felt was "misogynistic".

The chat between the pair got awkward after Tubridy queried: "This may be a rude question and you don't have to answer but can I ask you how old you are?"

"Good answer. Would you consider telling me what age you are?" said Tubridy.

"This is the thing about that, it gets on my nerves a wee bit," said Jamie-Lee.

Tubridy began to backtrack, saying: "Oh no, that's okay, I'll walk away from it if you'd like me to."

"Do you know what it is, it's always quite misogynistic even it's unintentionally misogynistic because men don't get the same scrutiny in their career," said Jamie-Lee.

Tubridy defended himself saying: "I would definitely have asked the male actor the same question because he's playing a teenager too."

Jamie-Lee replied: "You're saying that now, there's nobody here. I'll have to take your word for it." 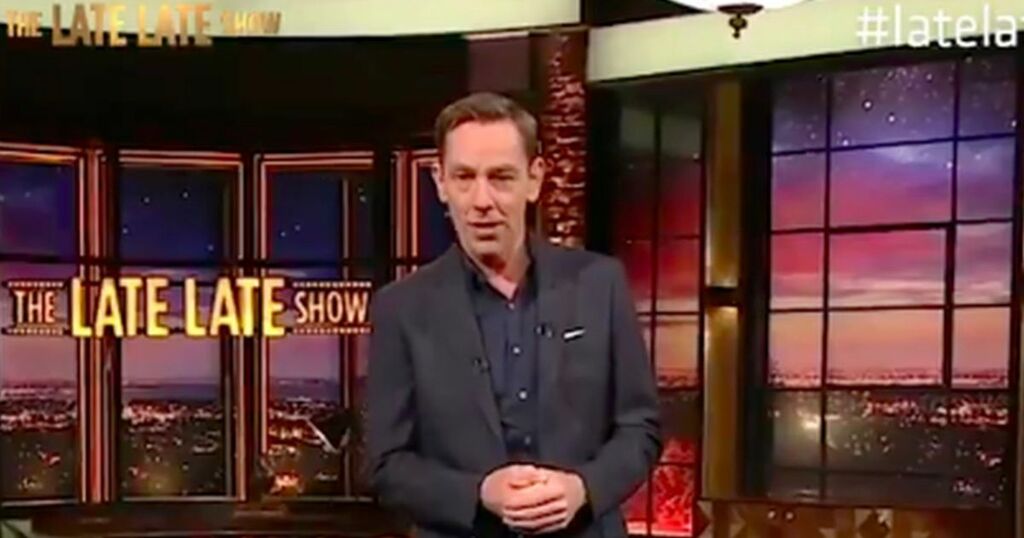 Ryan Tubridy said he doesn’t comment on age anymore, in an apparent reference to criticism he received after he clashed…

The British broadcaster, 61, was talking to Ryan about how she had been working in journalism for 40 years.