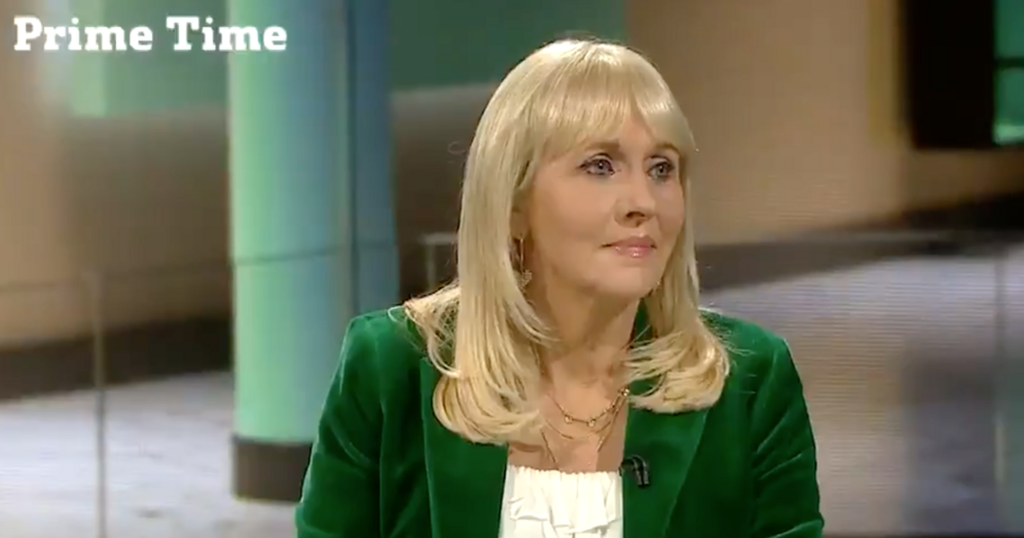 The programme featured a segment on violence against women following the tragic headlines in recent weeks surrounding the deaths of Nadine Lott and Sarah Everard.

The nature of such gendered violence was explored on the show, with a report examining whether such crimes could be stopped.

Orla Muldoon, Professor of Psychology at the University of Limerick, explained what leads a man to murder his partner and the "systemic problem" that is violence against women.

"There is no love or romance here. It is profoundly about controlling someone else," she said.

"The phrase toxic masculinity is used a lot. It makes the case that somehow it is an exceptional man.

"We're trying to somehow say that these men were monsters, but actually there are many ways in which this is a representation of a much wider and more systemic problem."

Miriam O'Callaghan also interviewed Rose Callaly, whose daughter Rachel was murdered by her husband Joe O’Reilly 17 years ago this week.

During a line of questioning as she probed the issue, she asked whether "all men" could be capable of such extreme violence.

However, some viewers were unimpressed with this query, with one describing it as "discriminatory".

One viewer said: "'Are all men capable of this?' A question from Miriam O'Callaghan on Prime Time speaking about violence and murder against women. I find it incredible that could be a genuine question."

A second said: "If we're going to get into 'technically capable but never would' then that is also true for women. There is no justifiable basis for such a discriminatory question."

"That was a very unnecessary question," another viewer added.

Someone else wrote on Twitter: "This is just disgusting. It's telling women to fear all men. I don't think it's helpful at all."

"Another added: "#rtept seriously Miriam…. what a question."

While one other viewer simply commented: "Lazy interviewing."

The housing crisis also special focus from Prime Time on Tuesday night and included a spiky debate between Sinn Fein spokesperson for housing Eoin O Broin and Minister of State at the Department of Enterprise Damien English.