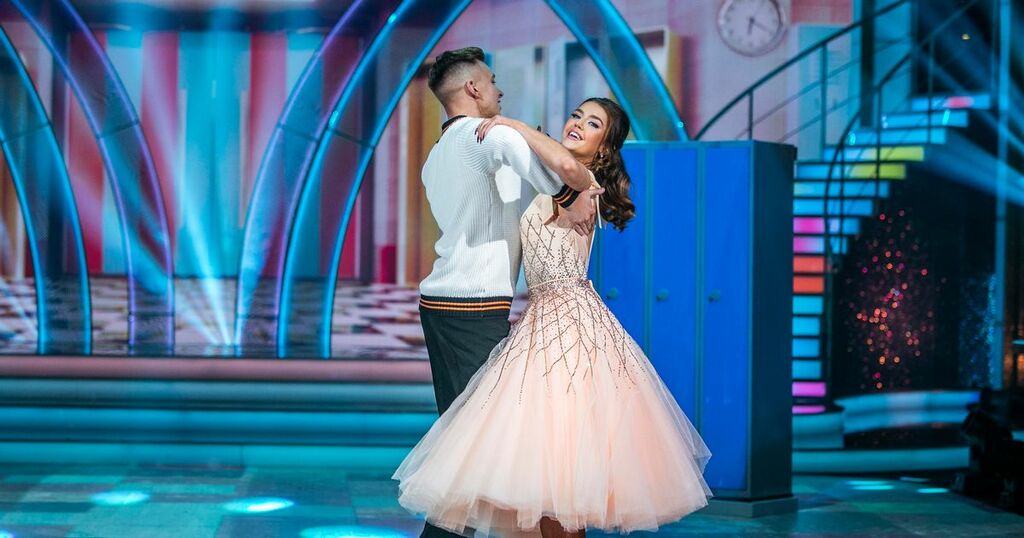 Model Missy Keating has sparked romance rumours with her pro dancer partner Ervinas Merfeldas since the pair made their debut on Dancing With The Stars.

The daughter of Ronan Keating is hoping to lift the glitterball trophy this year on the glitzy RTE One series.

But it appears the 19-year-old is at the centre of romance rumours after new show judge Arthur Gourounlian suggested there was a chemistry between her and her pro dance partner.

"I really enjoyed that. Do you know why I enjoyed that? Because I can tell there is a little chemistry between you two already forming.

“The chemistry is very important. You are like the high school sweethearts at a prom.”

Missy laughed as Arthur made the comments after she danced the American Smooth to Baby Love by The Supremes on Sunday night, while saying: “I can’t believe I got through that.”

And speaking backstage to Lottie Ryan on her official Dancing With The Stars podcast, she remained coy when Lottie asked her about the judges chemistry comments.

“Drop the mic,” she said laughing.

But host Lottie said on her podcast she had a feeling there could be a romance on the cards for Missy.

She said: “I have a feeling because I know that Missy has been speaking very openly in the press about the fact that she has broken up with her boyfriend and that’s just ended up getting everybody talking at the fact that the two of them were just looking smashing on the dance floor together.”

Her guest, talented singer Lyra added: “Totally, literally when I saw them I thought they are like Romeo and Juliet… like bring it on.

“They’re giving me life in this series. There could be a little romance going on, watching all these shows everyone always end up falling in love with each other when they dance together.. like these could be the new thing.”

The 19-year-old previously told how she was loving being back on the dating scene since her split with ex-boyfriend Mark Elebert.

Before the break-up, she had previously lived with Mark in London in 2019.