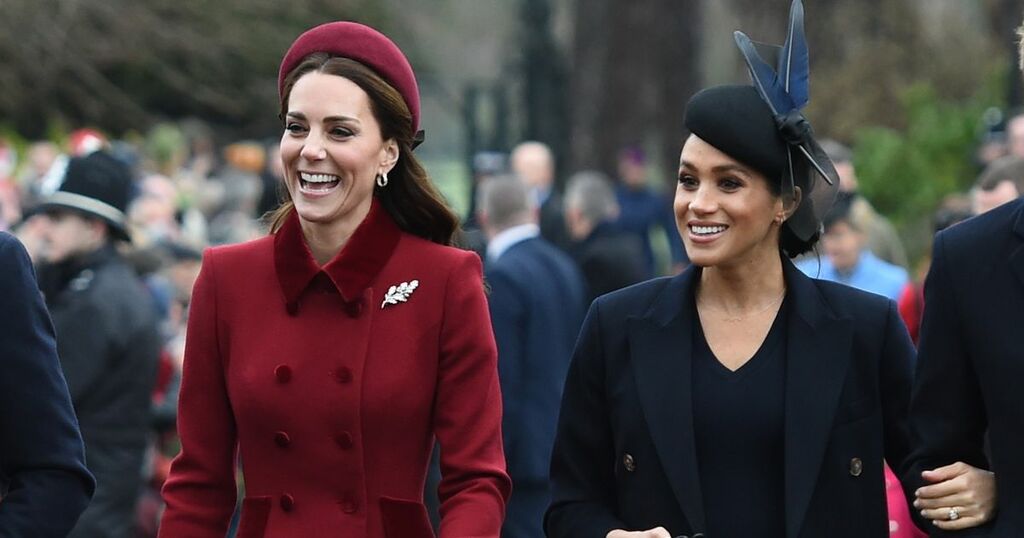 They may be some of the most famous people on the planet, but some members of the royal family use names that are very different to the ones on their birth certificates.

The royals are constantly seeing their names splashed on the front of newspapers and magazines - and for most of them, their names are so recognisable that they often just go by one name.

But it turns out that for some royals including Meghan Markle and the Duchess of Cambridge, the names they are best-known by aren't necessarily the same ones that are on their birth certificates.

There are some that have very different first names on official documents.

Here we look at them below...

When she shot to fame playing Rachel Zane in legal drama Suits, she was known to people around the world as Meghan Markle.

And when she married Prince Harry in 2018, she gained a new moniker, the Duchess of Sussex.

But even though we all continue to call her Meghan, that's not her real first name.

When she was born, she was officially called Rachel Meghan but has used her middle name, which her parents have called her since birth.

But ironically Rachel was the name of her popular character in Suits.

It's not just Meghan who is known by another first name to the one on her birth certificate - coincidentally her husband Prince Harry is too.

His full name is Henry Charles Albert David, which is believed to have been picked by his late mum Princess Diana.

However, since he was born he has nearly always been known as Harry - apart from in official documents.

Since she was first on the scene as the girlfriend of Prince William, the Duchess of Cambridge has always been known as Kate.

Even now, 10 years on from her wedding, most people still know her as Kate - despite her real first name being Catherine.

When she was born in 1982, she was officially called Catherine Elizabeth Middleton.

It is believed Catherine was shortened to Kate by her friends at school and university.

But nowadays, whenever William refers to his wife in public, he always calls her Catherine.

King George VI was the Queen's father and his reign lasted from December 1936 to his death in February 1952.

But when he was born in 1895, he was actually given the first name of Albert, with George one of his middle names alongside Frederick and Arthur.

However, most of his family and friends referred to him as Bertie.

As the second son of George V, he was never expected to take the throne but in 1936 his brother Edward VIII abdicated in order to marry divorcee Wallis Simpson and he became King.

But rather than being King Albert, he chose to reign as George - the same name as his father - to reportedly restore confidence in the monarchy.

One of Britain's most famous queens was Queen Victoria, whose reign lasted almost 64 years from 1837 to her death in 1901.

But Victoria wasn't actually her real first name - her full name was Alexandrina Victoria with Alexandrina a tribute to her godfather Tsar Alexander I of Russia.

However, she was known to most people as her middle name Victoria or by the nickname 'Drina.

And when she ascended the throne, she picked Victoria as her regnal name.

Only three monarchs have had regnal names different to their own first names - Victoria, George VI and Edward VII.