The Royal Liverpool Philharmonic Orchestra has revealed what’s in store for its upcoming season.

The 2022/23 season will be Chief Conductor Domingo Hindoyan’s second with the orchestra and will include soloists such as Daniel Barenboim and a concert performance of Puccini’s Gianni Schicci with Sir Bryn Terfel together with singers from the European Opera Centre. Later this year, the orchestra will also release their first recording with Hindoyan, showcasing the music of Debussy, Roussel and Dukas.

The orchestra is set to grow this year with a number of new additions, including Pacho Flores (trumpet) as Artist in Residence and Isata Kanneh-Mason (piano) as Young Artist in Residence. Programme highlights are also set to tributes to Vaughan Williams and Rachmaninov in their 150th anniversary years.

The season will open on September 17, with Domingo Hindoyan conducting the Royal Liverpool Philharmonic Orchestra in Janáček’s Sinfonietta followed by Mahler’s Symphony No.4 , a symphony inspired by folk poetry, aiming to provide listeners with a varied musical landscape of rugged mountains, sweeping countryside, and even a glimpse of heaven.

This season, Hindoyan and the orchestra will be joined by a number list of soloists including the conductor’s friend and mentor Daniel Barenboim ( January 14); Sir Bryn Terfel (March 10 and 12); Artist in Residence trumpeter Pacho Flores, and Young Artist in Residence, pianist Isata Kanneh-Mason. A host of internationally renowned pianists will perform including Nobuyuki Tsujii (October 20 and 23), Benjamin Grosvenor (February 9), Katia and Marielle Labèque (June 8 and 11) and Inon Barnatan (June 29).

This season’s programme explores works inspired by folk music, a genre that celebrates diverse identities, histories and cultures of people the world over. The season is filled with music by composers who explore this including Dvořák, Janáček, Bruch, Bartók and Vaughan Williams.

Domingo Hindoyan.said: “I have a real chemistry with the Royal Liverpool Philharmonic Orchestra, and I can’t wait to see where that takes us this season. I am thrilled to be able to introduce the audience to more of the music of South America, some of which I will be performing with Pacho Flores, this season’s Artist in Residence. I am also excited to welcome my friend and mentor, Daniel Barenboim to perform in Liverpool in January – his first visit to this beautiful City in 50 years.

“Later in the season, I am delighted to be able to bring a passion of mine to the orchestra: opera, and have invited international opera star, Sir Bryn Terfel for Puccini’s Gianni Schicchi working with the European Opera Centre.”

The Royal Liverpool Philharmonic Choir joins the orchestra on several occasions during the season including November 24 for a performance of Puccini’s Messe di Gloria conducted by Domingo Hindoyan, Mozart’s Requiem (February 18), Bach’s St Matthew’s Passion (April 6) and Tippett’s A Child of Our Time (June 24).

Royal Liverpool Philharmonic Orchestra On Demand concerts will continue in the 2022/23 season, reaching those who are unable to attend the orchestra’s concerts live. Each concert will be followed by a live post-concert Zoom Q&A session with musicians, conductors and staff.

The three concerts, all conducted by Domingo Hindoyan, that will be made available are: Beethoven’s Emperor (November 15), Bruckner Symphony No.4 (February 28) and Stravinsky's Rite of Spring (May 16).

Later in the season (September 23), the Liverpool Philharmonic will release their first album with Domingo Hindoyan. Produced by Onyx Classics, the album will be a celebration of French composers, featuring the music of Debussy, Roussel and Dukas.

The series also includes the internationally renowned Borodin Quartet (November 22) and Brodsky Quartet (March 14) as well as Benjamin Appl and James Baillieu (February 23). The musicians of the orchestra also present a series of Close Up evening and Lunchtime concerts in the Music Room throughout the year.

Ensemble 10:10, Liverpool Philharmonic’s contemporary music group, celebrates its 25th anniversary this season too. Events to mark the occasion include a world premiere by winner of the Rushworth Composition Prize 2021 Nneka Cummins, which will be their first composition for Liverpool Philharmonic, alongside the UK premiere of Tania León’s Rítmicas and a performance of Berio’s Folk Songs for mezzo-soprano and ensemble (October 26) in which the ensemble will be joined by acclaimed mezzo-soprano Jennifer Johnston and conductor Geoffrey Paterson.

Celebrations continue later in the year, as Ensemble 10:10 invites audiences to join them as they reflect on their 25 year history. Conductor Clark Rundell will lead the group on a deep-dive of contemporary music from Liverpool and the North West that has been premiered by the group (February 15). In their last concert of the season, conductor Catherine Larsen-Maguire makes her debut with the Ensemble (19 April 19). The concert will be a celebration of new sounds, and feature premieres from two up-and-coming composers: Ailís Ní Ríain and Claire Victoria Roberts.

The Youth Company Festival will see three performances from Liverpool Philharmonic’s Youth Ensembles over an entire weekend dedicated to celebrating young musicians (July 1-2). The Youth Brass Band will perform a programme inspired by adventure, under the baton of Simon Cowen; later that day, the Youth Session Orchestra present an eclectic mix of jazz, funk and Afrobeat.

In the 2022/23 season, Liverpool Philharmonic will continue its commitment to the wider community, hosting a selection of concerts for all ages and abilities. The fully accessible Music Room will host dementia friendly and relaxed concerts, in addition to performances for those aged five and under.

Specially created concerts will be held for people living with dementia, their friends, family and carers (December 3 and April 18). A small chamber ensemble formed from Royal Liverpool Philharmonic Orchestra musicians will provide well-known melodies and favourite songs for audience members. The concerts will be fully relaxed, with break-out spaces available for those who might need somewhere quiet.

Concerts designed especially for audiences aged five and under will see presenter and producer Claire Henry guiding audiences through two unique musical experiences (October 26 and February 15), connecting art and magic with classical music. Five concerts are also available for the whole family, from spooky sounds to Christmas carols, the concerts will encourage music making at its loudest and liveliest.

Later in the year (January 28), fans of The Gruffalo will join the orchestra as they follow Mouse through the deep, dark wood. For sci-fi lovers, there’s a relaxed Intergalactic Adventure (April 16) , which will see audiences rocketing through the cosmos into the worlds of Holst’s The Planets and John Williams’ Star Wars . This performance, along with Singalong with Santa (December 18), Spirit of Christmas (December 22), Messiah (January 7), Bach’s St. Matthew’s Passion (April) 6 and A Child of our Time (June 24) will be signed by a BSL interpreter.

Michael Eakin, Chief Executive of Liverpool Philharmonic, said: “It is wonderful to embark on a new season with the Royal Liverpool Philharmonic Orchestra, with Domingo Hindoyan leading us for his second season as Chief Conductor, having established such a fantastic relationship with the Orchestra and our audiences in his first. With a great roster of international artists and composers, and a real breadth of music from across the repertoire, we hope to inspire and excite audiences from Liverpool, around the UK, and beyond.

“We are thrilled to be marking the 25th anniversary of Ensemble 10:10, which is at the centre of our commitment to new music. Their programmes this season reflect that commitment, with several premieres and works from some of the most exciting composers around today.” 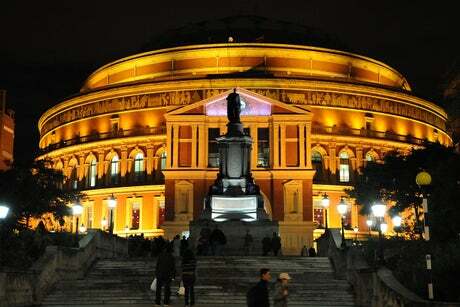 BBC Proms 2022 highlights: the best concerts to book at the London festival, from the Gaming Prom to Yuja Wang
Our critic picks the best of a bumper crop of Proms gigs to book now

The single will be released on May 27.