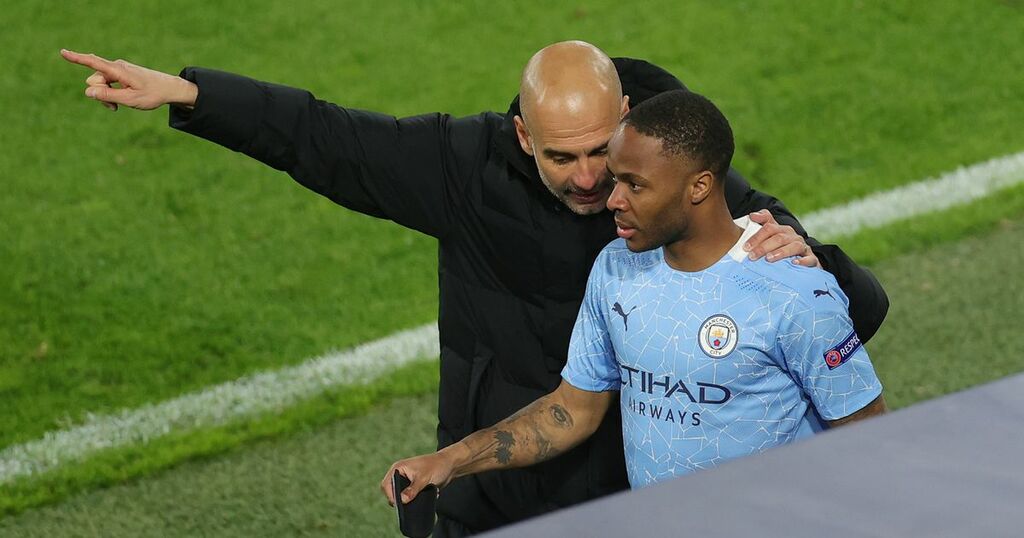 Roy Keane believes that there has been a falling out between England international Raheem Sterling and Man City boss Pep Guardiola.

Sterling has found game time limited for the Premier League champions despite having been in the form of his life at the recent European Championships.

And with the arrival of £100m Jack Grealish, Keane feels there has been a falling out between the pair.

Barcelona are thought to be an interested party while even Newcastle have been tipped to swoop in for the ex-Liverpool star following the completion of their £300m takeover.

Sterling had a miserable night against Hungary for England in a 1-1 draw at Wembley where he failed to make much of an impact.

Speaking in the ITV studio, Keane raised doubts over the relationship between the winger and Guardiola.

He said: "He’s definitely had some sort of bust-up with Pep, there’s something gone on there and they’ve brought Grealish in.

"But when you work with a top manager and big clubs when they're competing for trophies, that’s part of the package and 20 months, on his contract, is a long way away.

"Just focus on the game and things will pan out for him because he’s a quality player."

Alongside Keane in the studio was Ian Wright, who seemed to agree with the former Manchester United captain.

The Arsenal legend said: "There’s no secret that there’s something going on with him and his manager, the club just bought a £100m player who plays in his position and we know what he’s capable of doing.

"He didn’t play often at the end of last season but came to the Euros and was absolutely fantastic.

"Of course he’s got a big decision to make because he’s well within his rights to doubt what his future is at that club because there is so much capabilities and we’ve seen that with Jack Grealish.

"Of course playing tonight will give him an opportunity to stake the claim and go ‘listen this is what I do.’

"I’m hoping it can work out for him but it will be interesting to see how he figures it out with himself."