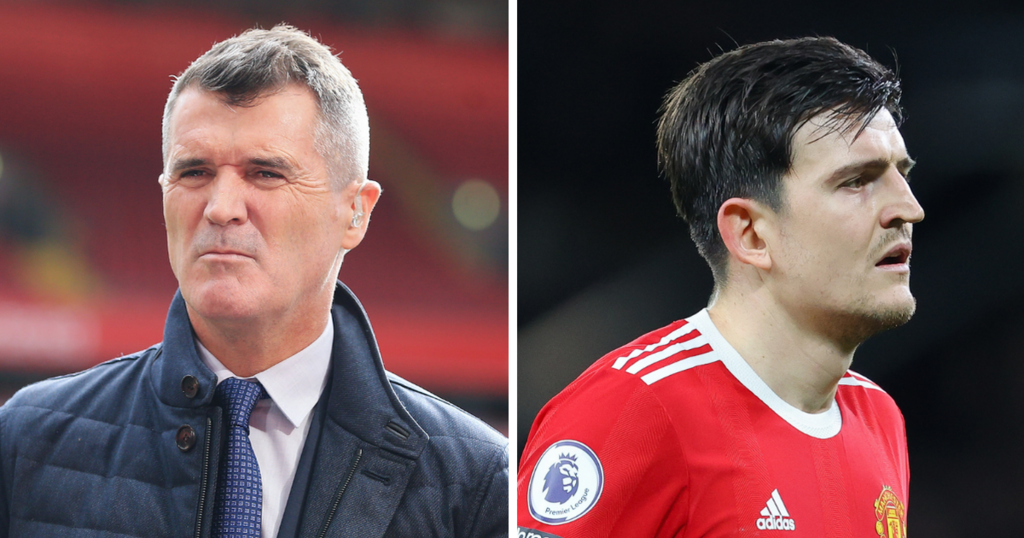 Roy Keane has once again slammed Harry Maguire after the Manchester United captain’s most recent comments on the club’s form.

Keane has never been shy of voicing his disapproval of Maguire, attacking the defender at various points throughout the season for his performances, as well as his reactions to the criticism he’s received, particularly after celebrating a goal for England earlier in the season.

Despite the arrival of Ralf Rangnick as interim manager, United’s performances have failed to improve, with their top four hopes in the Premier League faltering following another lacklustre performance in last week’s defeat to Wolves.

Maguire, who sat out that game through injury, has since revealed he has held crisis talks with Rangnick about United’s current position, amid reports of unrest at Old Trafford.

"We are all angry and want to do our best, which has probably come across on the pitch at times. But the team spirit is good, despite what people say,” Maguire said.

"Being a professional footballer, you have to take criticism on the chin and react well to it. At the same time, you have to ignore the outside noise sometimes and just get your head down [in training].

"We know if we can put together a run of results then everything else takes care of itself."

Former United captain Keane though was once again left unimpressed by Maguire’s comments, slamming the defender ahead of Monday’s FA Cup third round tie against Aston Villa.

“How many times has he said that? I wouldn’t listen too much to what Harry has got to say,” Keane told ITV Sport.

“I always say, judge a player by what he does on a football pitch, not what rubbish he comes out with about players sticking together and we need to do more.

“United aren’t doing enough, but listen it’s Aston Villa at home, you still expect United to turn up and put in a performance, but it’s not been good enough recently.”

Maguire is expected to miss out again for Monday’s game at Old Trafford, with Rangnick revealing he is still struggling with the injury that saw him miss the defeat to Wolves.

The clash with Villa could prove crucial United, with the FA Cup representing their last realistic chance of silverware this season, and providing a chance to answer some of the criticism that has followed the club in recent weeks.