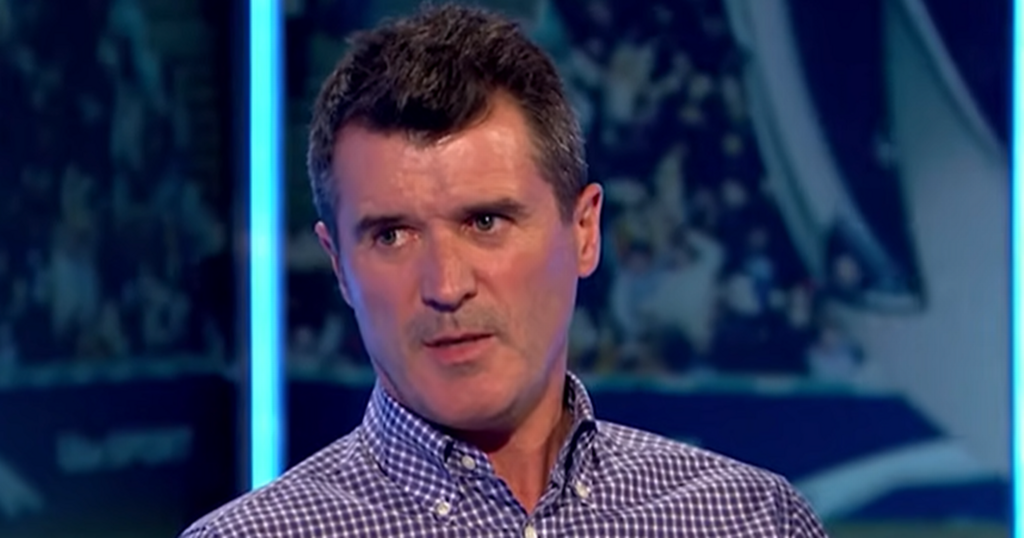 The Red Devils legend was on punditry duty for ITV's FA Cup coverage when he took aim at the England international.

Keane accused Maguire of talking rubbish after the defender revealed he was sick of saying the same thing over and over again.

Maguire said: "We are letting the fans down and have to come out fighting.

"This team finished second last year. We've a bigger and better squad this year so we have to show the right attitude.

"We have big players in the team, leaders. I am sick of repeating myself, but it can't continue like this. We need to go on a proper run, starting Monday.

"I've obviously seen a lot of criticism and a lot of it is absolutely correct. From what the fans and ex-players have said, we get it.

"A lot of it is justified and we all have to take massive responsibility, myself as captain as much as anyone, if not more. We need to start winning and playing well as a team."

But Keane was having none of it and tore into Maguire once again, telling viewers to not listen to the 28-year-old until his performances improve on the pitch.

Speaking to ITV, he said: "How many times has he said that? I wouldn't listen too much to what Harry has to say.

"I judge a player on what he does on a football pitch, not what rubbish he comes out with about 'we need to stick together'.

"Judge a player on what happens on a football pitch."

Keane has publicly criticised United's last five captains, including Maguire, sometimes before they held the armband and others afterwards. Here's what he said about them:

Keane was very critical of Wayne Rooney after United's all-time leading goalscorer slapped wrestler Wade Barrett at a WWE event in Manchester over six years ago.

“But now he’s the captain, there’s a bit more responsibility and I think he’s got to do a lot more.

When asked if he thought off-field issues were effecting Rooney on the pitch, Keane commented: “Well, it’s certainly not helping him!

“I wouldn’t begrudge a player for going out and enjoying himself but if you’re not at it yourself, you’ve got to look, and he’s got to lead by example and he didn’t do that tonight.

Michael Carrick was named United captain after Rooney left the club in 2017 and went on to be a coach at the club under Jose Mourinho and Ole Gunnar Solskjaer.

He took charge of United for their Premier League clash with Chelsea last November following Solskjaer's sacking and Keane strongly disagreed with his comments after the 1-1 draw at Stamford Bridge.

Carrick said he was "proud" of the players, but Keane was having none of it.

He fumed: "He’s talking about the players efforts he’s proud of them. He’s been working with the players for months.

"He was in the dugout with Ole. All of sudden he’s proud of them and they have a plan. What about the other games?

"We’ve seen all the stats they’ve been the worst in the league in closing people down. Praising players for doing their jobs. Mention the three midfielders [Scott McTominay, Nemanja Matic and Fred]?"

Keane added: "He was sitting in the dugout with Ole and Mourinho as well. All of a sudden he’s proud of the players this week.

"I think the game has changed, every situation is different and I wouldn’t be one for getting rid of all the staff but they have to be accountable. They were with Mourinho before."

He also made allusions to former players taking up coaching roles at Old Trafford, saying "I get the impression of Man United it’s an element for a job for the boys. Wink, wink look after each other know the right people and that’s why they’re 8th or 9th in the league.

"[The] proof’s in the pudding, we hope whoever comes in the club they make the right decisions and not because you might know somebody or because somebody is a decent guy.

"Loyalty in the game, the idea of loyalty, go get yourself a dog [if you want loyalty]. I'm not sure they’re getting the right people in the job and there’s definitely a pals act going on at Man United."

Keane blasted Antonio Valencia for his role in United's FA Cup quarter-final exit to Arsenal in 2015.

He said: "I'm looking at it in terms of the defending, and character and putting your body on the line. The lads have just downed tools there.

"Blind and Valencia - it's absolutely disgraceful. Schoolboy errors and that’s what costs your team. Big moments in a football match and if you give Arsenal, with the quality that they have, that type of freedom that’s what happens.

"It was too easy, shocking. Absolutely disgraceful."

"An absolute disgrace" was how Keane described Ashley Young after he took an apparent dive in a Champions League match against CSKA Moscow in 2015.

The former Ireland captain said: "I think the guy’s a disgrace and if he’s a Man United player I’m a Chinaman.

“Absolute disgrace, he’s done it far too many times. Look at that. Absolute disgrace. And I just hope players are getting a hold of him, whether it be the manager or some of the senior players.

“That shouldn’t be accepted at Man United. That’s absolutely disgraceful.”

Young became United captain a number of years later and hit back at Keane over comments he made about the spirit in the Red Devils' team.

Following a 2-0 defeat to Manchester City in 2019, Young said: "There's going to be a lot of people turn round and say they know the club but when you're in it day in, day out, they're the ones that really do.

"Everybody is entitled to their opinions but there are so many leaders in this team. I've got the armband, I'm just one of the leaders.

"There's a lot been said about Manchester United and a lot of people like it when things are not going so well. Us as players we're disappointed with how things have gone."