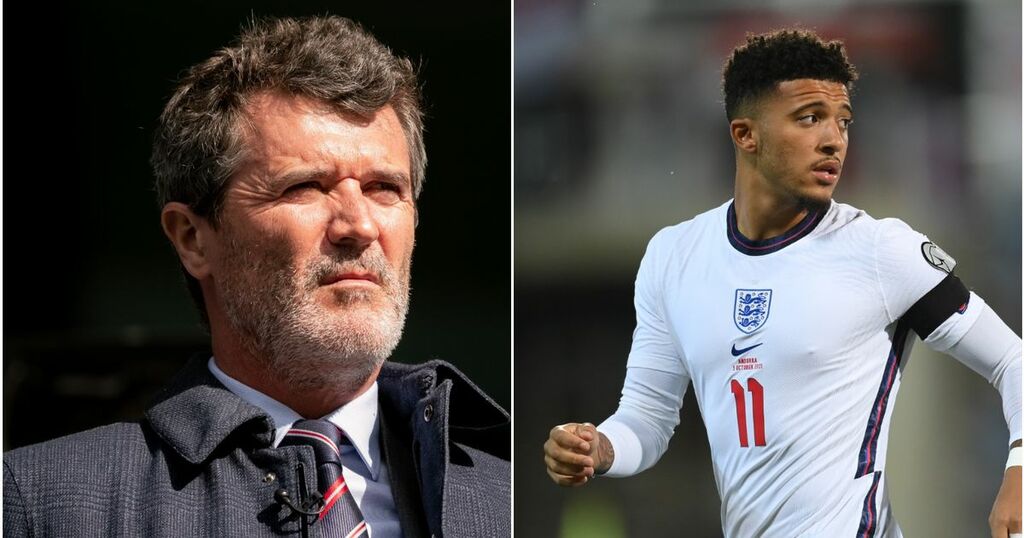 Manchester United legend Roy Keane is concerned that Jadon Sancho's progress at the club has been inhibited by Cristiano Ronaldo’s return.

Sancho is still yet to score or assist for United this season, and Keane believes his lack of potency is due to not featuring as prominently under Ole Gunnar Solskjaer as he did whilst at Borussia Dortmund.

Despite his underwhelming recent club form, England boss Gareth Southgate gave the 21-year-old a start for his country against Andorra on Saturday.

Keane explained to ITV before kick-off: "It’s certainly been a slow start for him, it’s well and good doing well at Dortmund but it’s a different animal going to Man United, big expectations.

“Maybe overshadowed slightly with Ronaldo coming in but I’d always give the kid a chance, he’s been there a few months, nice opportunity for him tonight but give him a chance."

The United winger repaid Southgate’s faith by setting up two goals as England strolled to a 5-0 victory.

Despite the impressive display for his country Sancho is yet to produce a performance of similar standing for United and may find opportunities even harder to come by when Marcus Rashford returns from injury after the international break.

Ronaldo has been the centre of attention at United since returning to the club from Juventus in the summer, and has been in prolific form with five goals in six appearances. But United fans will hope Sancho's two assists against Andorra can be a springboard for further success in a red shirt.