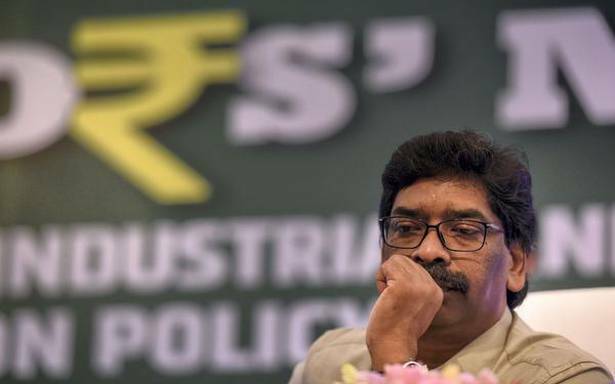 Chief Minister Hemant Soren on Tuesday courted controversy by claiming that the tribal people who fought for a separate Jharkhand State did it for regional languages and not for Bhojpuri and Magahi, and that those who allegedly raped women during the statehood movement abused them in Bhojpuri.

The Bihar units of the BJP described the comments of Mr. Soren, who is also executive president of the Jharkhand Mukti Morcha (JMM), as ‘highly objectionable’ and alleged that they were aimed at dividing the society.

The JMM, however, defended him saying promotion of regional languages is long overdue in the State.

Jharkhand was carved out of the southern part of Bihar in November 2000 and Mr. Soren’s party, the JMM, played a key role in the movement for the new State.

“The fight that the tribal society fought for a separate State of Jharkhand was for of its regional and tribal languages, and not because of Bhojpuri or Magahi.... Bhojpuri and Magahi are not regional languages but borrowed languages. Speakers of those two languages are dominating persons, while local people are weak. So, some of them have started using the language of the powerful people.”

“During the (statehood) movement, those who tortured people and raped women used to abuse them in Bhojpuri. Many of those (tortured) men and women are still alive,” Mr. Soren said in an interview to a news channel.

Claiming that Bhojpuri and Magahi are languages of Bihar, he said that creating a Bihar (‘Biharikaran’) in Jharkhand cannot be allowed.

The Hemant Soren government has decided to promote regional languages in the State.

“The Jharkhand Chief Minister’s statement regarding Bhojpuri and Magahi languages is highly objectionable. It is also an attempt to divide the society,” Bihar BJP president Dr. Sanjay Jaiswal said.

This has exposed the mindset of the JMM leader, he claimed.

When contacted, the JMM general secretary and chief spokesperson Supriyo Bhattacharya told PTI that the party stands by what the Chief Minister has said.

“The promotion for regional languages is long overdue. This is the aspiration of the indigenous people. It is a golden opportunity for them to get an identity,” Mr. Bhattacharya said.

Bhojpuri is spoken mainly in Bihar and certain other States of India including Jharkhand and U.P., besides Nepal and countries such as Suriname, Trinidad and Mauritius where people of Bihar origin live. Magahi is also spoken in Bihar, Jharkhand and Nepal.