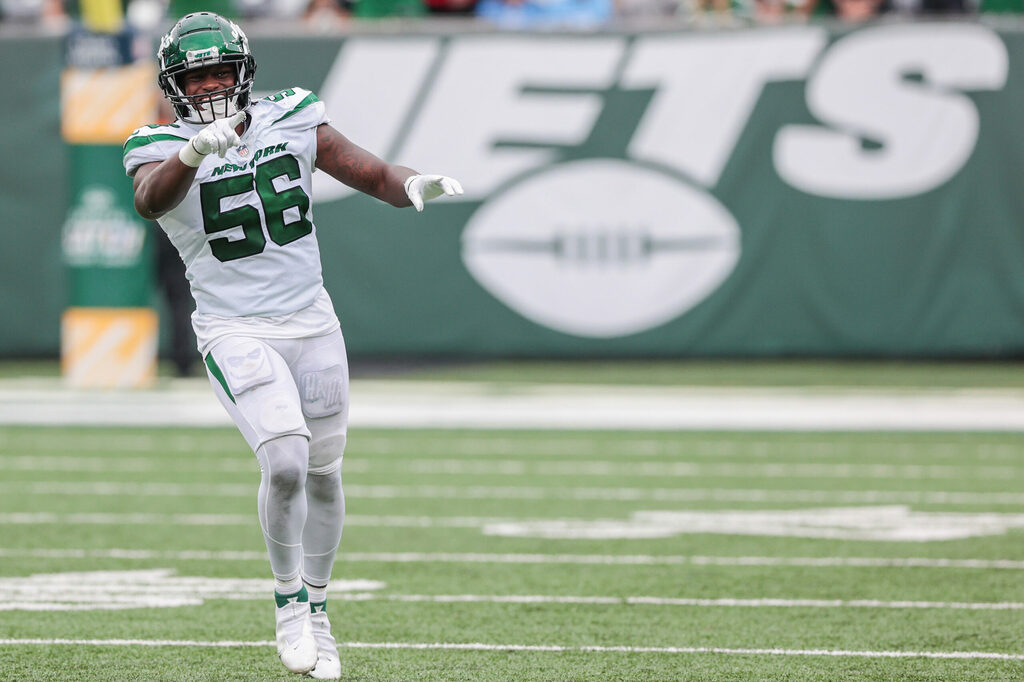 With 12:55 left in the first quarter of the Falcons-Jets game from Tottenham Hotspur Stadium in London, Jets pass-rusher Quincy Williams — who had his first NFL sack last week against the Titans, joining his brother Quinnen, who is on the same defense and had two quarterback takedowns in that game — took down Atlanta quarterback Matt Ryan. It was a third-and-9 play and should have ended the Falcons’ drive, but referee Tony Corrente called Williams for roughing the passer, giving the Falcons a first down, and moving the ball from the Atlanta 36-yard line to the New York 49-yard line.

Quincy Williams draws the flag for having the AUDACITY to play defense. pic.twitter.com/jXsW8qr3d8

Should it have been a penalty? If we’re going with the letter of the law, in which the NFL has decreed that a defensive player must teleport himself off the quarterback’s body before both players land on the turf, even if the defender unwraps before he hits the ground, we suppose so. But Ryan still had the ball in his hand by a split millisecond when Williams initiated contact, and he did work to unwrap from Ryan before Ryan hit the ground.

Corrente and his crew should have waved this off, and the Falcons should have had to punt, but this is the NFL as it stands today. Defensive players have very little chance to succeed, even if they do everything the right way from a physical possibility perspective.