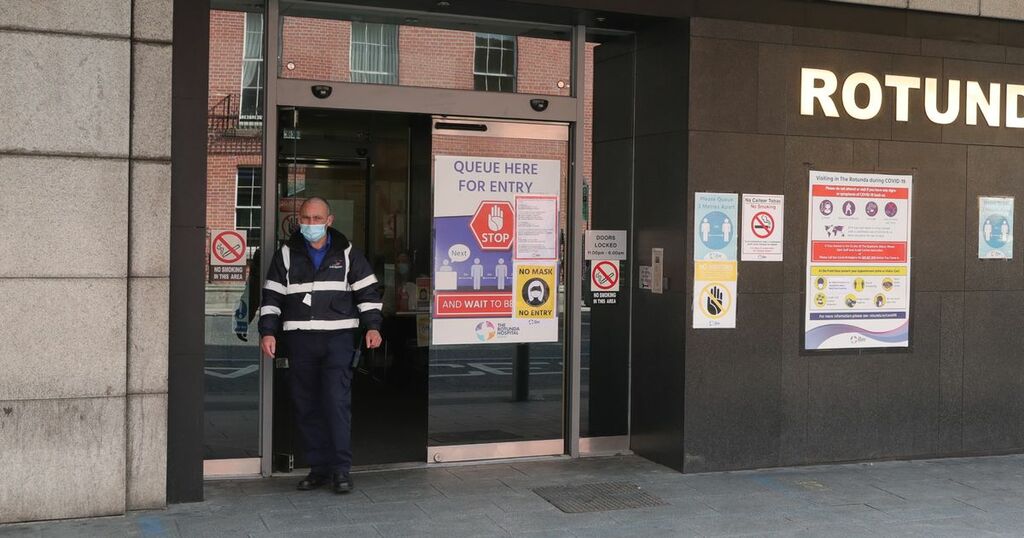 Dublin's biggest maternity hospital will extend visiting hours for people visiting their pregnant partners from 8.00am to 8.00pm each day starting Monday, September 13.

A spokesperson said this was in response to a significant improvement in vaccination rates following a survey of the hospital's patients that found 57% of patients and 74% of their partners were fully vaccinated.

A spokeswoman for the hospital said: "In response to this significant improvement in vaccination rates, effective Monday, September 13, 2021, the Rotunda will now be able to extend visiting hours for partners to 08.00am to 08.00pm each day.

"All other existing access controls to keep all patients safe continue to apply. This brings the Rotunda’s visiting arrangements close to pre-pandemic levels and remains vastly more accessible to arrangements that remain at almost all acute general hospitals in the state.

"The Rotunda’s management team will continue to keep these arrangements under regular review, taking all necessary precautions to keep all our patients safe, while making decisions that are evidenced and based on current Infection Prevention and Control guidance."

The Health Minister has called on the Master of the Rotunda to explain why a TV crew was allowed to film while fathers were denied access to be with their partners.

Taoiseach Micheal Martin has also expressed his displeasure with the decision.

He said: “I don’t think it’s appropriate if partners were denied access that a TV crew should be allowed in.

The RTE show which films couples in the maternity hospital sparked a backlash as it emerged crews were permitted access during the height of the pandemic between November 2020 and January 2021.

Maternity campaigners have blasted the hospital for denying partners access while allowing TV crews inside the hospital to film.

Fianna Fail Senator Lisa Chambers, who gave birth during the pandemic, said: “RTE should have known better” and the Rotunda also has questions to answer.

She added she was personally “disgusted” over what had happened and the filming had “compounded the hurt” of couples.