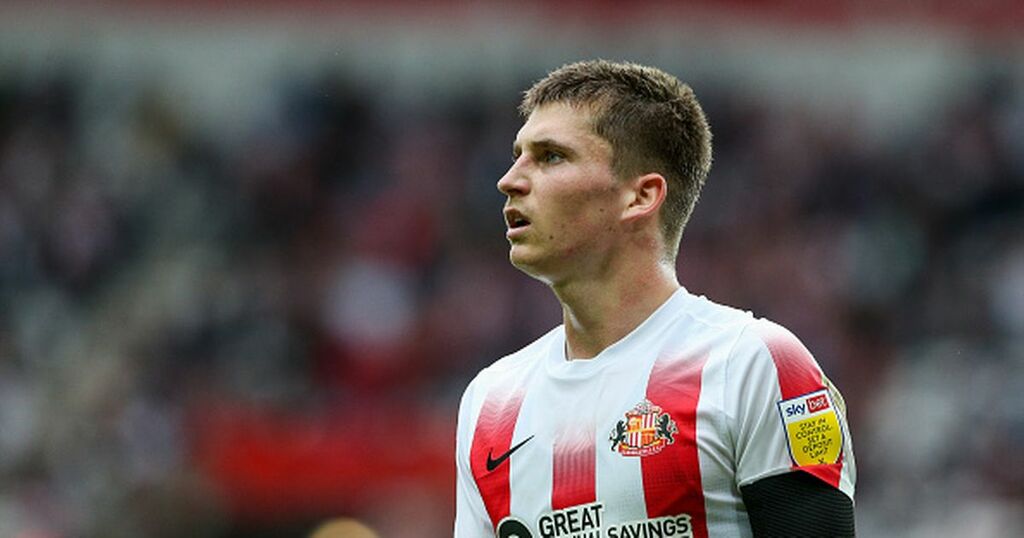 Ross Stewart's 25th goal of the season means it is advantage Sunderland heading into the second leg of their play-off semi-final against Sheffield Wednesday. The Black Cats head to Hillsborough on Monday with a slender single-goal lead following the first leg at the Stadium of Light, with the game on Wearside watched by a crowd of more than 44,700 - a record attendance for a play-off semi-final.

Stewart forced Wednesday defender Sam Hutchinson into a mistake in injury-time at the end of the first period, and ruthlessly punished the error. Sunderland could have added further goals in the second period as Alex Pritchard hit the woodwork, and Dennis Cirkin headed an excellent chance over the bar.

But one goal gives Alex Neil's men the edge, although their job is far from done and they will have a battle on their hands in South Yorkshire if they are to book a place in the Wembley final against either Wycombe or MK Dons. Neil made two changes to the side that won at Morecambe on the final day of the regular season.

On-loan Everton striker Nathan Broadhead missed out through injury and was replaced by Jack Clarke, while defender Cirkin returned from a groin injury and took the place of Elliot Embleton, which meant Luke O'Nien moved into midfield. Sheffield Wednesday boss Darren Moore made one change, in his case to the side that won 4-1 at home to Portsmouth last weekend.

He brought in Harlee Dean in place of Jack Hunt. The first half was a tight affair, with both sides aware of what was at stake.

There was an early chance for the visitors when Lee Gregory fired wide, after a free-kick was headed back across goal. But Sunderland dominated both possession and territory in the opening 45 minutes and, while chances were few and far between, they had the better of them.

Stewart headed down for Patrick Roberts, and he cut infield from the right before hitting a shot straight at Bailey Peacock-Farrell. Skipper Corry Evans fired wide from range, and Danny Batth headed wide following a corner.

But the Black Cats went in front in stoppage time at the end of the first half. Sunderland broke quickly out of defence, with Alex Pritchard heading up into the air on the edge of his own penalty area and Cirkin sending the ball into the left-hand channel for Stewart to chase.

Hutchinson got there first, but he dithered too long and Stewart robbed him, racing through into the area where Peacock-Farrell blocked his initial shot, but the Scot was there to follow up and score from close range. Sunderland started the second half at a high tempo, looking for the second goal that would have given them breathing space.

Pritchard almost provided it five minutes after the restart, but his curling shot from the edge of the box came back off the bar after beating Peacock-Farrell. Pritchard then saw a shot touched over the bar by the keeper.

And Cirkin should have scored when Wright nodded the ball to him inside the box, but the youngster sent his header over the bar from eight yards out. At the other end, Dean saw a shot saved by Anthony Patterson while Liam Palmer sent an effort wide.

In the latter stages, Wednesday ramped up the pressure but Sunderland stood firm to keep a clean sheet and take that precious single-goal lead into the second leg.

How they lined up