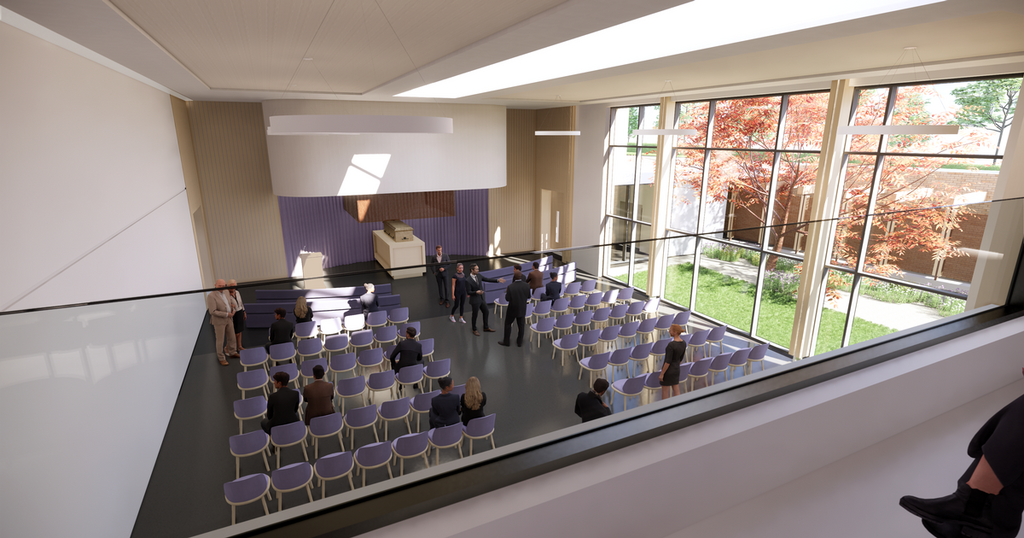 A Castlereagh East councillor has raised concerns over road safety issues close to the proposed Roselawn Crematorium redevelopment in Belfast.

DUP councillor Sharon Skillen said while she supports the plans, she is seeking assurances around the 'dangerous' Ballygowan Road which leads into the cemetery.

It comes after Belfast City Council (BCC) were invited to Lisburn and Castlereagh City Councils' (LCCC) Environmental Services Committee on October 6 to deliver a presentation over the proposed expansion of the site.

Roselawn Crematorium is currently owned and operated by BCC but the site is situated within the LCCC district.

The elected representative for Dundonald questioned how the plans proposed to make one of the crematorium safe for motorists.

"I would have concerns around the Ballygowan Road,'' Cllr Skillen said.

"I know there's going to be a consultation but that is a very dangerous road as you're aware.

"Do you feel opening another entrance would be safe? Would it be in a safe location and not on one of the bends or anything like that?"

A transport spokesperson for BCC said a full transport assessment would be carried out before being assessed by the Department for Infrastructure (DfI).

The spokesperson added: "The new access [to the crematorium] will be designed and it will have to meet design standards before it will be signed off by DfI Roads.

"It will also go through a road safety audit process and that will look at the design by a third party to make sure that it stands up to safety processes.

"It will have to meet those criteria and that's what DfI Roads will use to sign this off and agree to it."

Meanwhile, concerns were also raised about the potential for increase in traffic.

Chairman of the committee, Cllr Andrew Ewing said: "This is in essence the intensification of an established crematorium in the open countryside and I do acknowledge that this facility will allow families to have more capacity and time at funerals and that's very important.

"But what consideration has been given to the local community who may be impacted by this proposal in terms of increased traffic?"

However, Belfast City Council said they didn't expect the proposals to cause any "additional traffic" during peak hours.

"We're not going to add-on any additional traffic during peak hour periods," a BCC spokesperson said.

"Due to the staggered start times with the ceremonies, there will be the same amount of traffic during peak hours so what we intend to do is move the traffic to a safer location in terms of having a right-turn at the facility.

"Whereas the existing access there's no right-turn, so traffic waiting to go in that direction usually holds up traffic behind them and that tends to be a problem.

"What we are doing is taking quite a lot of that traffic away from there and providing a high quality access to the facility."