Rory McIlroy: ‘I still believe I’m the best golfer in the world’ 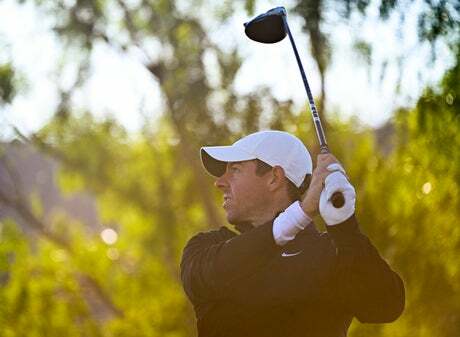 Rory McIlroy believes he is still the world’s best golfer despite falling to his lowest world ranking in 12 years.

Before the global pandemic struck, McIlroy was the world No1 but has tumbled to 14th in the world and was largely ineffective in his last event, the Ryder Cup, where he has habitually played some of his best golf.

The 32-year-old returns to action this week in the CJ Cup in Las Vegas keen to turn around a largely disappointing season but still not lacking for self-belief.

He said: “I think when I play my best, I’m the best player in the world. I haven’t played like that for a while but I don’t feel like I have to go that far back to whenever the pandemic hit, I was No1 in the world.

“Obviously, the last 18 months haven’t been what I’ve wanted them to be but, if you keep it in perspective, I’m not that far away.

“And there’s a ton of great players now that play obviously really, really good golf. I feel like the talent pool is just getting deeper and deeper every year, so you have to strive to keep trying to get better to stay where you want to stay.

“It’s not the position I want to be in but, at the same time, there are so many other guys that are trying to do the same thing as I’m doing and I realise the competition gets tougher each and every year. You just have to try not to just keep up with that but try to become better.”

McIlroy struggled to find his best form as Europe were resoundingly beaten by the United States in last month’s Ryder Cup.

It led to Europe’s traditional talisman being dropped by captain Padraig Harrington on the second day, for which McIlroy had no complaint. But in the aftermath of the event, he cut an emotional figure claiming he should have done more for his European teammate.

“I don’t necessarily get emotional about golf,” he said, “So I guess in that way it surprised me. I think it was a good thing for me.

“I think maybe I realised a couple of things about myself that I hadn’t known or maye I had known but I was trying to keep down and not let them out.

“I was surprised at how emotional I got but, after a little bit of reflection over the last couple of weeks, I sort of realised why I did get that way.”