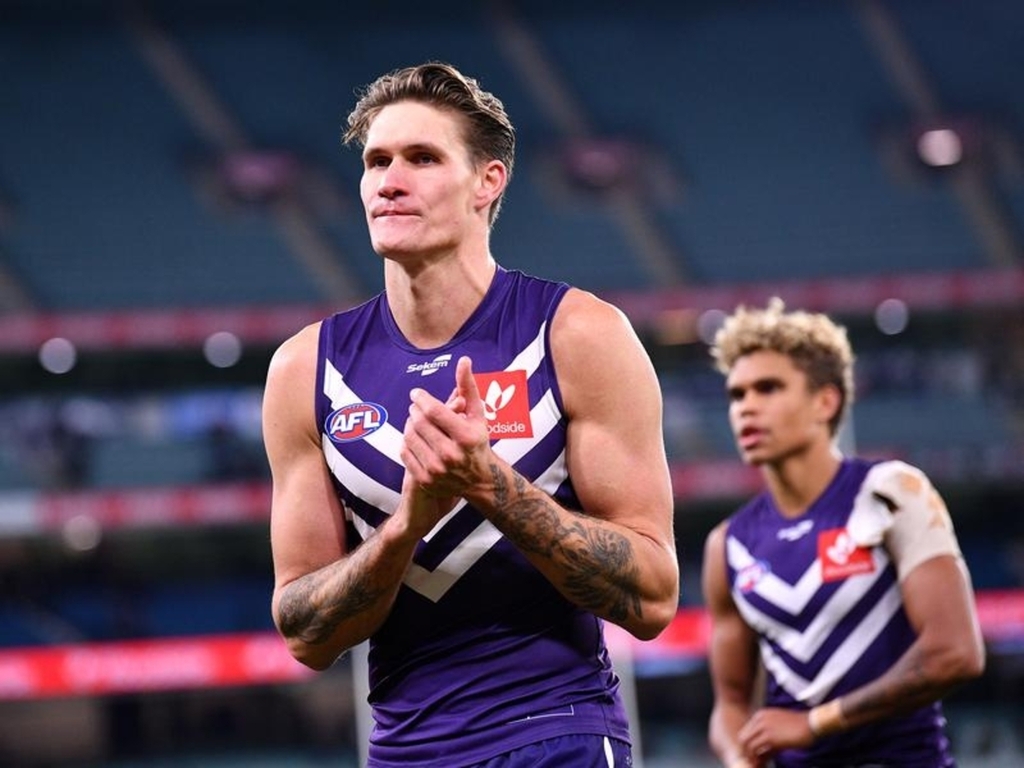 Fremantle big man Rory Lobb has reached out to his teammates to tell them he's committed to the cause after his bid to rejoin GWS fell through.

Lobb, who has two more years to run on his Dockers contract, was determined to join the Giants during the trade period.

But the intended switch never came close to fruition, with GWS unable to come up with a deal to satisfy Fremantle.

Lobb's manager Colin Young declared the deal dead on Sunday night despite there being three more days to run of the trade period.

Fremantle's general manager of football Peter Bell and coach Justin Longmuir will meet with Lobb on Thursday to map out a plan forward, but the 28-year-old has already switched his attention to helping the Dockers succeed in 2022 and beyond.

"We don't think there will be any issue whatsoever with Rory," Bell said.

"He's shared some texts with his teammates about really coming in and training hard, and helping us get to where we want to get to, and for also Rory to become the player that he wants to be and we all believe he can be.

"I'm not foreseeing any issues whatsoever."

Young took a public pot-shot at Bell during the trade period for breaking the "code of silence" in relation to Lobb's bid to join GWS.

"I was certainly surprised the last few days about the honesty of Peter, it sounded like he was at church giving confession," Young said at the time.

Bell was able to see the funny side of the situation, saying his mum would be happy because she always wanted him to be a priest growing up.

"I thought it would be entertaining to people," Bell said of his banter with Young.

"I thought it was a bit of banter, harmless. We've talked many times since, and there will be no issue (going forward) there."

The Dockers lost star midfielder Adam Cerra to Carlton during the trade period, but they were able to bring in Gold Coast midfielder Will Brodie and Geelong wingman Jordan Clark.

Bell said the club was open to trading pick No.19, which will be the prized first selection on day two of the two-day draft period.