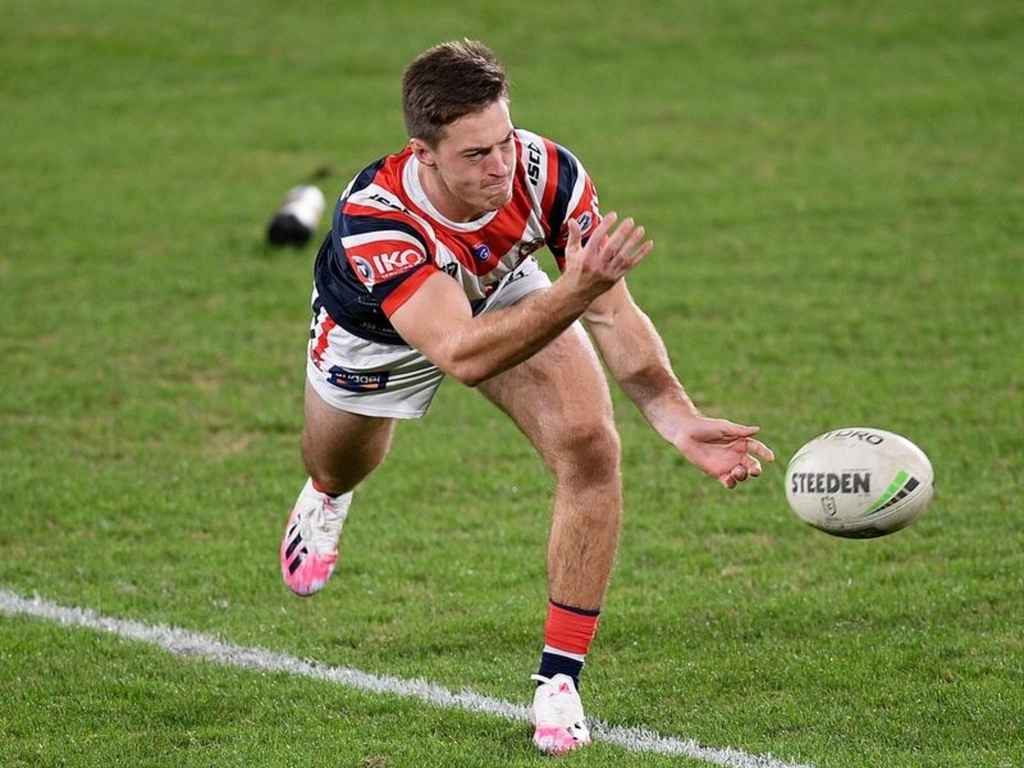 Sydney Roosters have battled injuries and suspensions all season so it's only fitting they'll be sweating on the NRL's charge sheet again on Sunday.

Cleanskin hooker Sam Verrills was put on report for a high shot in the 37th minute of Saturday's win over Gold Coast which forced centre Brian Kelly off the field with a bloodied nose.

The 22-year-old braced himself for contact as Kelly ran the ball but Verrills appeared to dip a shoulder into his head.

He has no priors this season but depending on grading, a dangerous contact charge could cost him a semi-final clash with Manly on Friday night.

Verrills wasn't sin-binned which divided opinion, but Roosters captain James Tedesco is confident he won't have a case to answer with the match review committee either.

"He couldn't really move, he didn't make any sort of forceful contact. (Kelly) just sort of fell into it.

"He hasn't had any charges or fines for a while ... I don't think he's ever had any so he should be sweet.

"I don't think it should be a suspension but any contact with the head should be a penalty."

Typical of the Roosters' season, it comes after Victor Radley made his return from a three-week suspension in the 25-24 win.

The fiery young lock was enormous in the victory, proving to be a huge inclusion for the finals after missing eight games through bans this year.

"He plays with his heart and soul, he puts everything on the line and his body on the line every week," Tedesco said.

"He was disappointed to miss some games this year through suspension and you realise how good of a player he is when you miss him for a few weeks and he comes back in and plays like he did (on Saturday night).

"Both sides of the ball in attack and defence, he's awesome and I love playing with him."

There were fears he'd suffered a serious shoulder injury after an attempt to tackle Sam Lisone left him sprawled on the turf in pain.

However, he shook it off to play 80 minutes and is not expected to be in any doubt to play the Sea Eagles.

"I didn't want him to overplay but he's still searching, he's got courage in defence but he's also got courage with the ball.

"That's why he's dangerous, he's happy to play. That's what we want."